“A Lot Of Belief In This Team” : Foster Reveals He Also Believes In The Tooth Fairy And The Easter Bunny 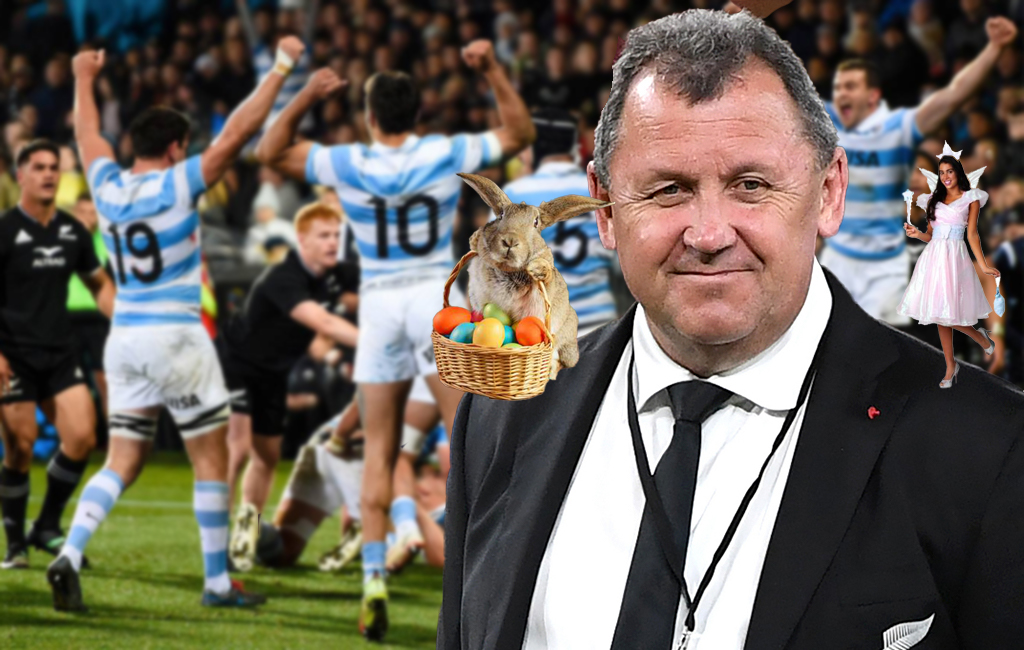 SANTA ALSO COMES DOWN THE CHIMNEY

“There’s still a lot of belief in this team and I think we are heading in the right direction,” Foster said proudly following their historic 25-18 home loss to Argentina in Christchurch last night.

In fact, Foster is such a believer in his current crop, and almost anything in general, that he revealed to the Whakataki Times reporters that he also believes the Tooth Fairy is real and the Easter Bunny delivers chocolate eggs sometime in April.

“I told the guys, hey, if you lose any teeth during the game, just chuck it in a glass of water next to your bedside table and it’ll be turned into money the next morning,” said Foster with a grin, hoping to see the smiles on his players’ faces when they receive their gold coins.

Despite his optimism, the New Zealand public have now worked out that Foster believes in almost anything, most notably his own rugby team, who have now failed to deliver multiple times since he has been in charge.

“Like I’ve always said, there’s a lot of belief in this team and while we haven’t got everything right, we are heading in the right direction. We are in a rebuilding phase,” Foster explained, failing to realise his team is in fact not in a rebuilding phase as they have had largely the same squad for the last three seasons under his watch.