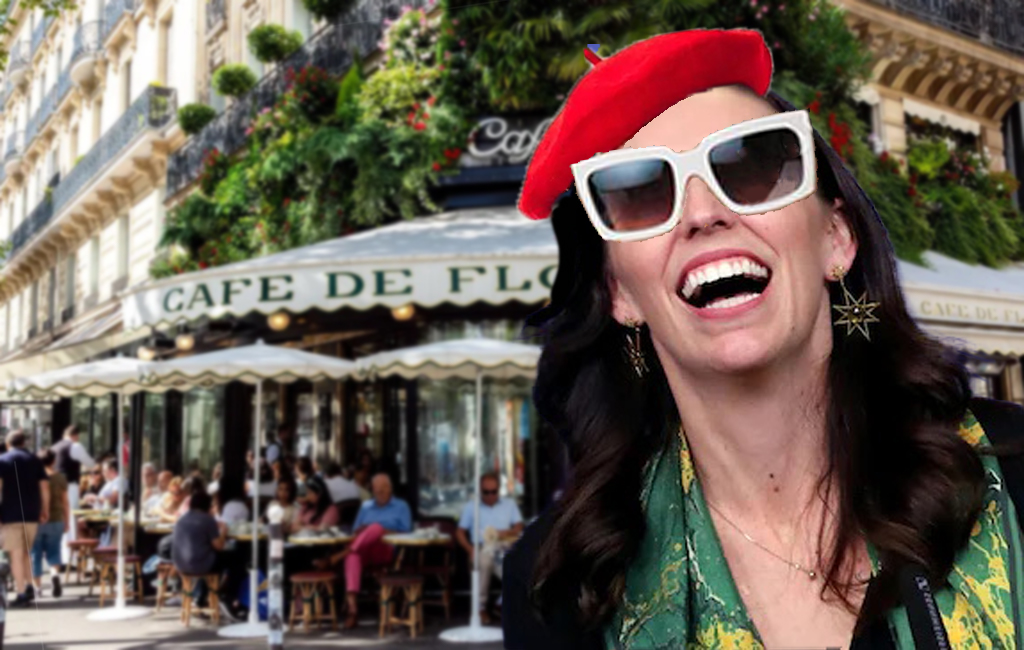 EVERYONE’S SO KIND OVER HERE

It made a nice change from what it’s like for her in New Zealand, where she can barely leave the house without getting confronted with protesters booing and yelling “RESIGN”.

This follows two recent polls by Roy Morgan and Curia that show 50% of New Zealanders believe that New Zealand is “heading in the wrong direction”.

“Well that’s just because people have been reading misinformation and it’s made them think that we’re doing a bad job,” said Ardern, smiling sweetly.

“But we’re not doing a bad job, we’re doing a great job!”

While the overseas tour has been a welcome break for the PM, all good things must come to an end eventually – she has a short stop in Australia and then back to NZ. “Really not looking forward to going back home where people boo me all the time.

“The only reason they’re booing though is because of misinformation which makes them incorrectly think I’m doing a bad job…URGH I don’t want to go back to New Zealand!”, said the Prime Minister of New Zealand.

The Whakataki Times is following up on whether the Prime Minister plans to ban independent polling, or whether she’ll extend the ban to include elections too.