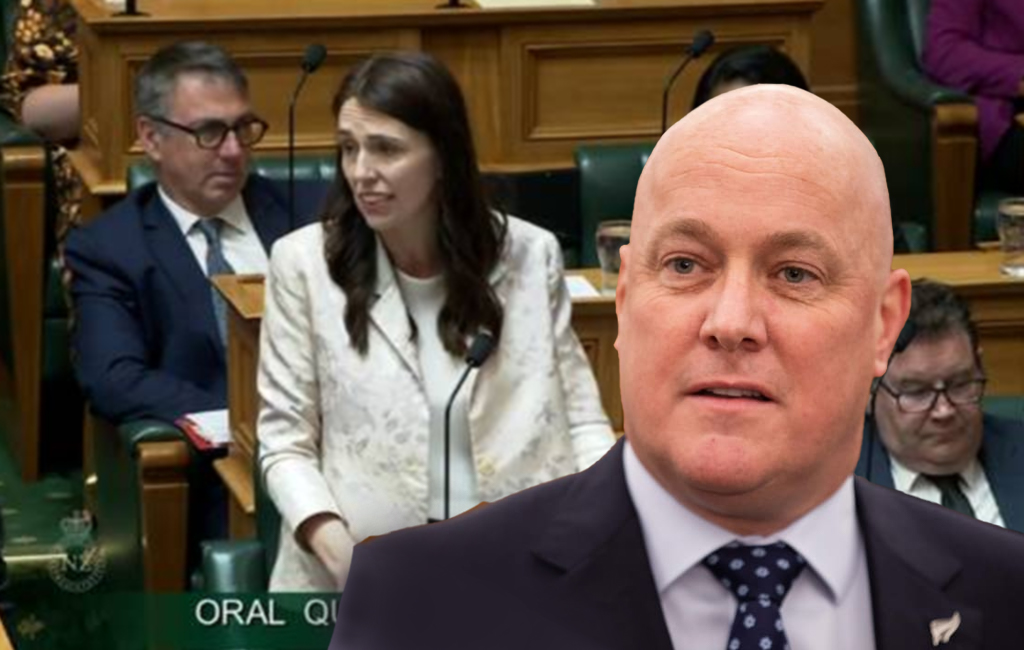 Prime Minister Jacinda Ardern breathed a sigh of relief today, as the worst of her side comments to Grant Robertson were not actually picked up by Parliament TV’s microphones.

In the house this afternoon she was heard saying that Act leader David Seymour was “such an arrogant prick”, after he asked the speaker whether the Prime Minister could remember a time when she had made a mistake, apologised for it properly, and then fixed it.

An anonymous source from parliament revealed that at some point today she had also called National leader Christopher Luxon a “bald-headed dickhead”, but this was not recorded in any form. While this allegation could not be confirmed by anyone else in ear-shot of Ardern’s side comments, you would have to call this a close call for a PM who’s cracks are beginning to show.

David Seymour made time to catch up with our reporters from the campsite he had set up deep under Jacinda Ardern’s skin. “You know I have often wondered what I would look like if I shaved my head. I could be a bald-headed dickhead, an arrogant prick AND a useless Maori!” he laughed.

“But at the end of the day, the Prime Minister Jacinda Ardern has apologised to me via text message, and I have accepted that apology,” he explained.

We asked Grant Robertson whether he thought Christopher Luxon was a bald-headed dickhead, to which he responded, “well he’s definitely bald”.

Rumours are now swirling that there could be a wide-ranging independent inquiry into the quality and performance of the Parliament TV microphones.