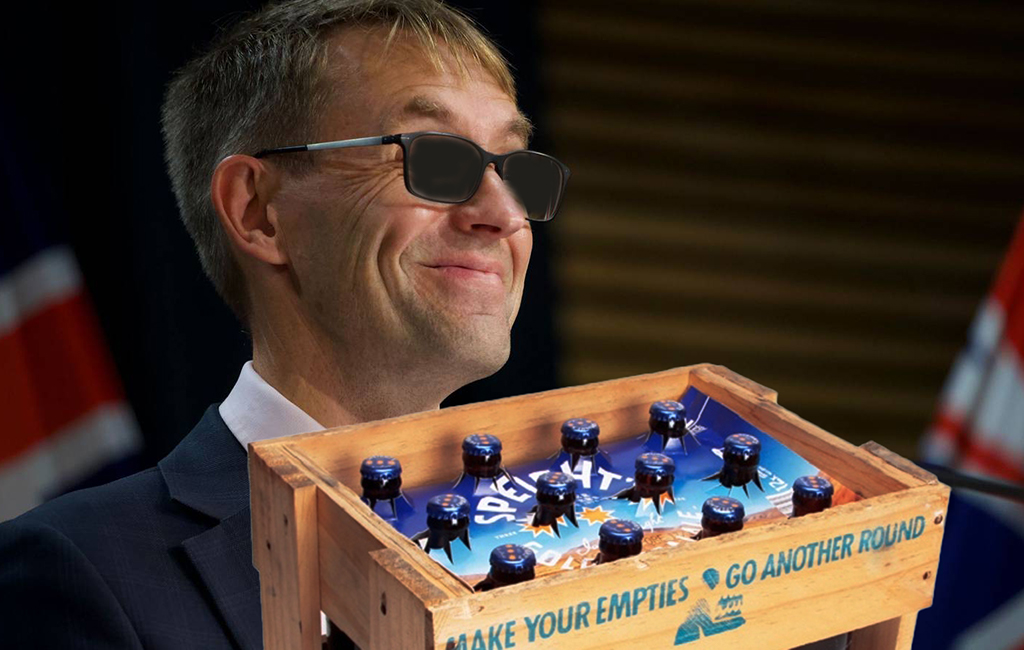 NO SPRITES FOR ME THIS TIME THANKS

With the news of Dr Ashley Bloomfield stepping down in July, the Director-General of Health has already begun planning his absolute blow-out of a leaving drinks.

“Ooh it’ll be a big night alright, already started booking things in. Can’t say too much though,” he said while winking and tapping his nose with his finger.

“Let’s just say I won’t be mucking around with sprite this time”, joked the covid response stalwart, in reference to a hilarious comment he made last year about going to a bar when it opened up after lockdown, where he “had a sprite”.

“The beers and the wines will be flowing and there’ll be a non-stop supply of saussy-rolls coming out of the oven all night. Beauuuuutiful.

“Then for all the hard-out good kiwi drinkers we’ll kick on into town, probably smash some karaoke and then terrorise the rest of Courtney Place.

“The real reason I’m not leaving until July is because by then all the bars will be open properly and I can have a proper send off with all the trimmings, followed by a life-shattering hangover the next day,” said the newly-revealed booze hound.

James Cramond, owner of several nightclubs in Wellington’s Courtney Place, was visibly terrified by the prospect of several dozen public servants, led by Ashley Bloomfield, coming in and laying waste to his establishments.

“This is a truly frightening thing to have to grapple with so I’m going to start giving extra training to my staff and security, just to make sure there are no incidents on the night,” said the businessman.

“I mean, we won’t really be able to stop disruption from happening, but it’s all about damage minimisation when it comes to Dr Ash”.

The exact date of Ashley’s monumental piss-up is still to be determined.