Aussies Caught Cheating And Have A Big Cry About It 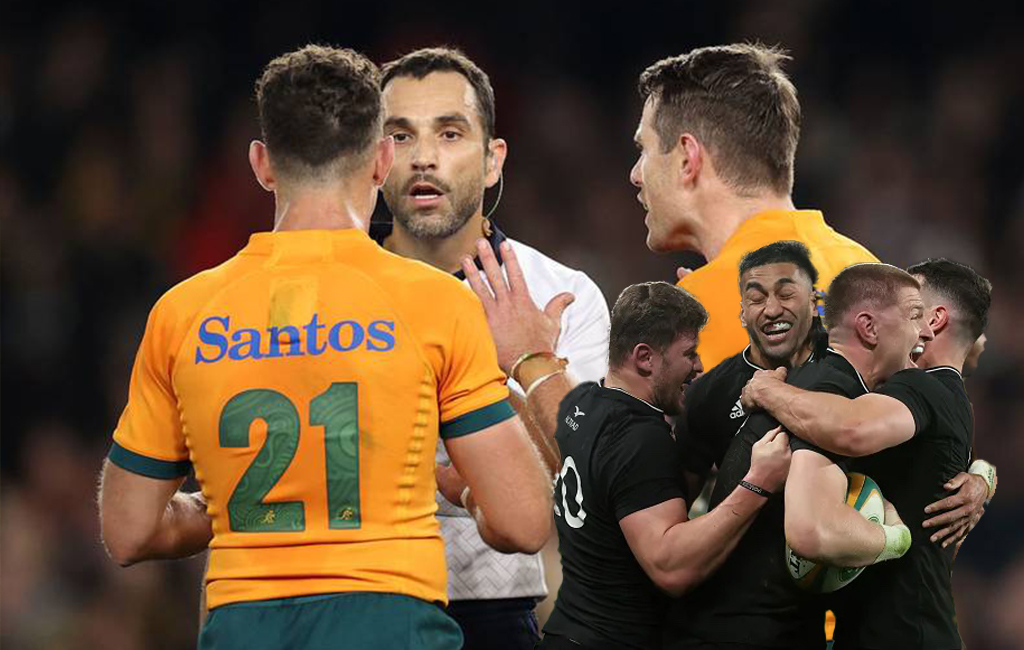 Bernard Foley has taken the concept of ignoring the referee in order to waste time to a whole new level.

In last night’s Bledisloe Cup match that finished up 39-37 to the All Blacks, Foley single-handedly lost his team the game by taking the absolute piss while taking his sweet time to kick the ball out.

The man was given multiple warnings by referee Raynal to hurry up and kick it, meanwhile his own teammates were also screaming at him to hurry up. One would have to wonder what was going through Foley’s mind at the time.

To double down on the self-inflicted humiliation, Foley and others from the team then proceeded to have a big blub to the referee, saying it wasn’t fair that they weren’t allowed to completely ignore him.

The men in black were then awarded a scrum, which they quickly turned into quick ball out the back to Jordie Barrett to score in the corner.

Then the cherry on top of the Wallabies’ embarrassment cake was provided by the “international media reaction”, which essentially just attacked Raynal on Twitter, a platform where allegedly up to 80% of users don’t actually exist.

Meanwhile the tears of Australians are tasting particularly sweet to Christchurch man Kieron Larson, who has been dangerously tired at work today due to last night’s late kickoff. This was despite his two Vs for breakfast.

“Yeah, that one felt good. Felt even better to see how upset those cheating c***s were afterwards!

“Makes a nice change to be on the right side of a controversial ref’s decision. Usually these French referees are looking for any opportunity to stitch us up, so feels like a bit of balance has returned,” explained Larson as he momentarily nodded off before jerking his head back into consciousness.