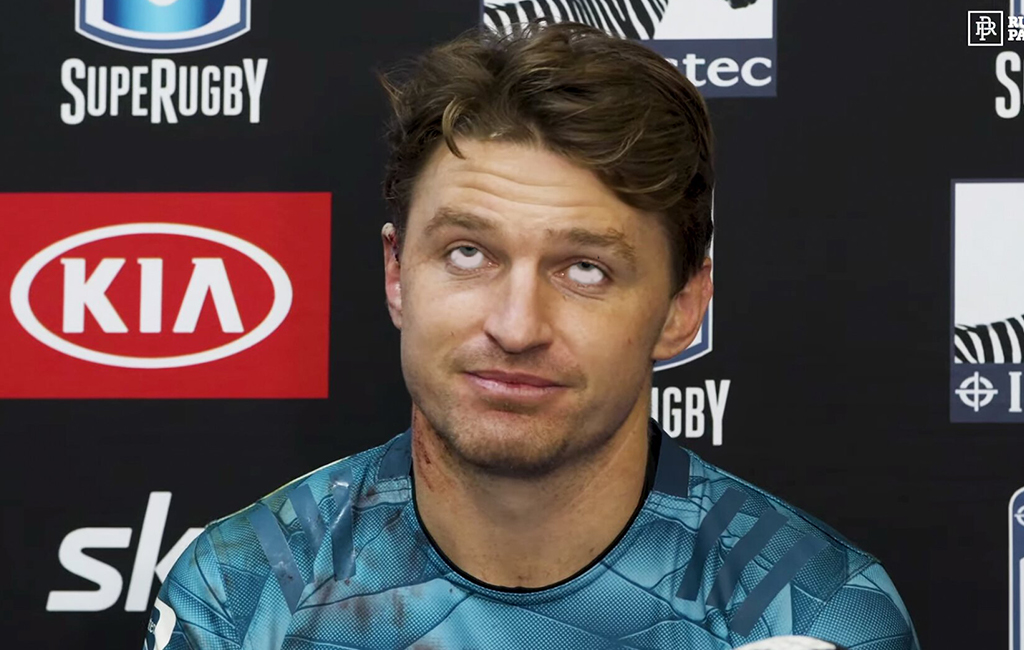 HAD TO ASK DIDN’T THEY!

Blues first-five Beauden Barrett is in serious danger of missing the hotly anticipated clash against the Crusaders tonight, after his eyeballs became stuck during his regular media duties.

With no shortage of the Barrett-Mo’unga chat this week, ahead of the top-of-the table clash in Christchurch, one journalist decided to ask the inevitable, causing the frightening mishap.

“Beaudy, your opposite in the no.10 jersey, Richie Mo’unga. Are you looking forward to the battle with him? Someone needs a big performance to stake a claim for the All Blacks 10 jersey don’t they.”

Before Barrett could downplay the clash and respond with a premeditated answer of “Yep, he’s playing well isn’t he?”, the painstakingly predictable question caused Barrett’s eyes to roll completely backwards, ending the press conference altogether.

Blues physio Ash Draper who was standing by explained to the Whakataki Times reporters how the gruesome injury occurred.

“What we’ve seen here with Beaudy, is not an example of a bad question necessarily. It is just how predictable and tiresome it has been for him. How could anyone’s eyes not roll backwards after that?”

“Of course he needs to put in a good performance to break Richie’s stranglehold on the All Blacks no.10 jersey. Of course he is excited about the rivalry and battle with Richie,” explained an exhausted Draper, who was finishing getting Beady’s eyeballs back to their correct place.

“Look, thank god we aren’t playing the Hurricanes this week. I don’t think he could take another question about going up against his brother Jordie!”