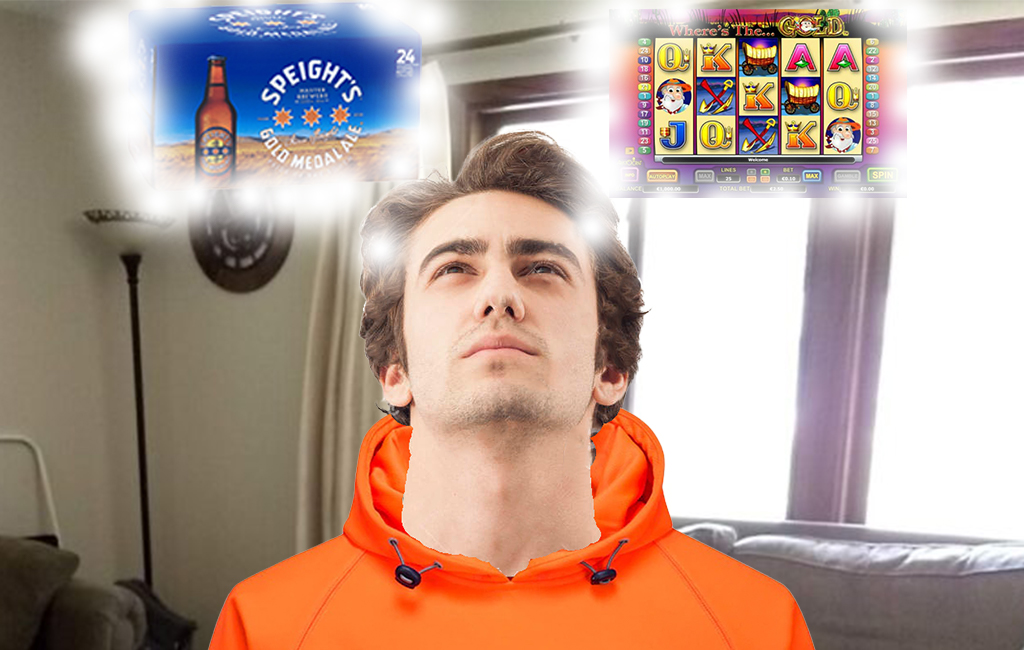 Robbie Mitchell, a 27 year old scaffolder from Otaki, has been forced to make a decision about what to do with Labour’s pre-pre-election sweetener, a 27 dollar weekly payment that will happen for the next three months.

While many struggling families will be using the payments to pay for essentials that they have sometimes had to go without, Mr Mitchell, a single man flatting with three mates, has narrowed it down to either extra beers or pokies.

“It’s a tough one ay. On the one hand the extra beers will maximise the enjoyment of my free time during the week, but the pokies option could be a real game changer if I’m lucky,” said the low-grade gambling addict.

“The other thing to consider is what does the PM intend me to do with it? Maybe save it? Lots of people in worse states than me I guess, so things might be slightly easier for them for the next three months.”

“And surely this payment is not just politicians keeping us sweet, right?. Our “be kind” cheerleaders couldn’t possibly be that manipulative,” smirked the casual fisherman who also likes to stay up to date with the political landscape.

“I could try and save it, then I’d have $350 extra in the bank if I could keep my hands off it for three months. OR I could hit a cheeky feature on Where’s The Gold and could have a lot more to squirrel away.

“Then again, it’s about addressing the realities of being in a tough situation isn’t it. And one way of forgetting about those realities is by investing in extra beers,” he said as his eyes flashed with inspiration.

“Right. I’ve decided. Gotta go, heading to Countdown because they’ve got a special on Speights 24 packs”, he announced to our reporters and the rest of his flat. “Catchya c**ts!”.