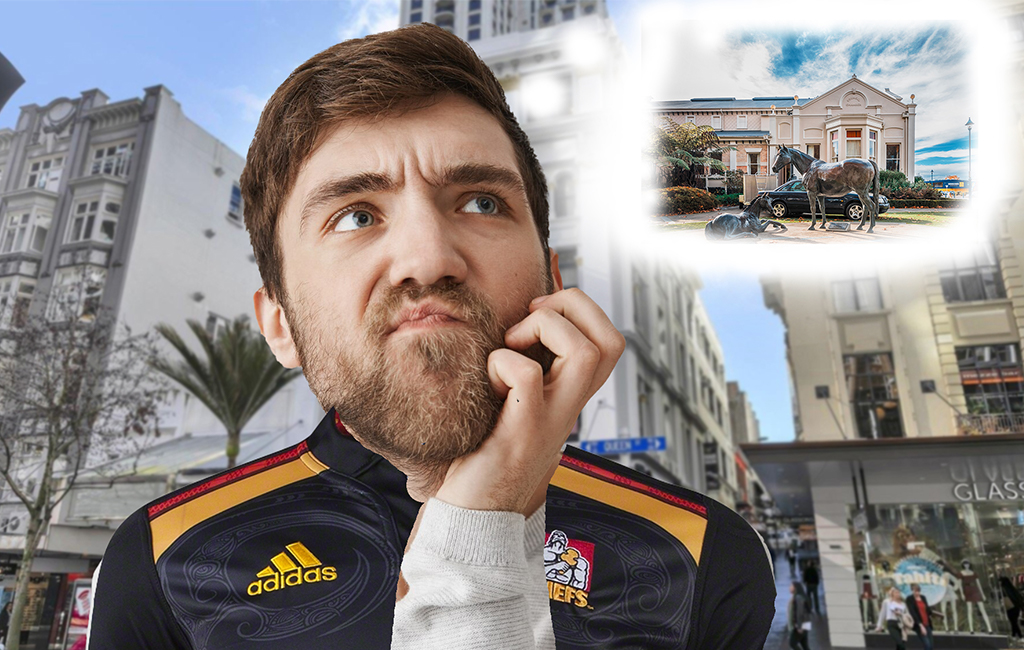 Jason Weber, 23, has been caught daydreaming once again this morning.

The apprentice builder from Hamilton (currently living in Auckland) was recharging after a recent piss take attack from workmates – a regular occurrence on the building site.

The attack was unprovoked, but fair enough, as it is an objective fact that Hamilton is the most nothing place in New Zealand, and Weber’s treatment was well-deserved.

The Hamiltonian was suddenly struck by an idea to move to Wellington to start a new life, where instead of telling people he was from Hamilton, he would tell them he was from nearby Cambridge instead.

“Just sick of getting so much hassle from my mates about how shit Hamilton is. Wish I’d said I was from Cambridge instead,” Weber explained to the Whakataki Times reporters in a well-worn Chiefs Super Rugby jersey.

“I mean, it’d probably be better just because nobody knows much about Cambridge anyway really? Few nice trees around, some horse stables and a race track?”

But Weber, who has never once convincingly given an answer about how Hamilton isn’t a horrible place to live, has also failed to realise that a half-an-hour shift out of town would likely do nothing to improve his social status.

“So what? You’re telling me Cambridge’s boring too? I thought there were some good cycle trails?” quizzed Weber, who was becoming increasingly frustrated his dream of a fresh start was likely not going to do a thing for him.

Kevin Galvin, Hamilton’s Tourism Coordinator, explained to our reporters that Weber will likely still get constant crap from his associates, as nobody will really differentiate between the two places.

“Regardless of what he does, he’s still going to be sporting that Chiefs jersey, and even if he begins a new life as a bloke from Cambridge, he’ll still get painted with the Tron brush.”