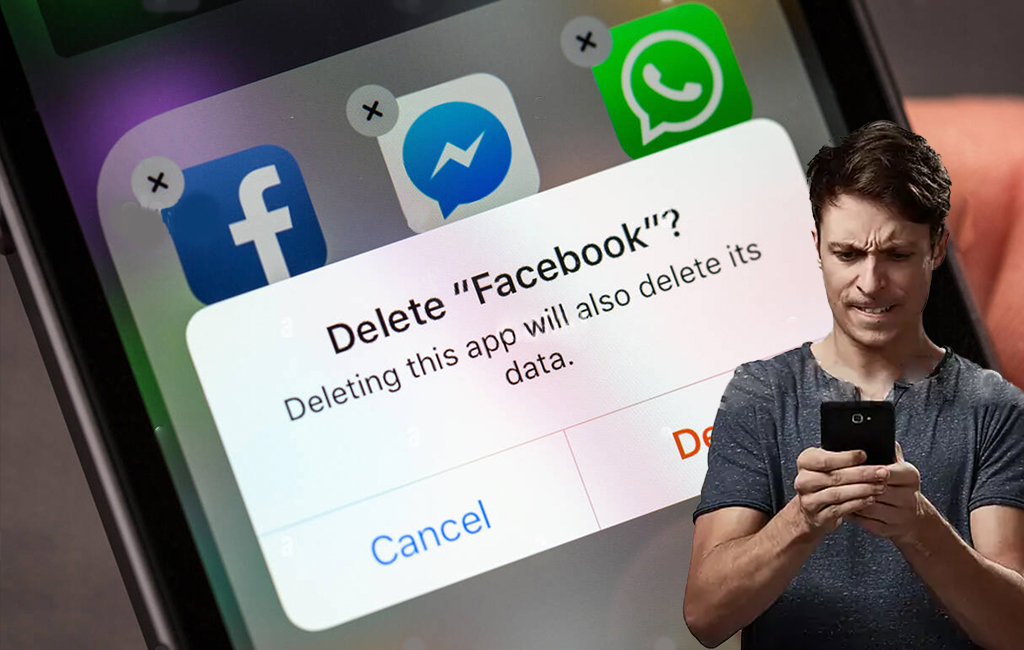 The 31-year-old took to social media today, not to post anything himself, but to hit the self-destruct button on his Facebook account. All this was in an attempt to eliminate his mates’ ability to tag him in humiliating memes, which expose the truth about himself.

He explained his decision to our reporters to end his time on Facebook effective immediately.

“Honestly I was just growing tired of being tagged in the same memes such as ‘Tag a mate whose night usually ends like this’ with a photo of someone passed out after a heavy day and night of drinking,” Spratt said, knowing perfectly well that the said meme applied directly to him because of his actions.

“The problem is that my mates would then all pile on the tag with their own comments too. Then I’d chuck a comment up myself denying it, which would show up on all my friends’ feeds.

“Then Mum would text me going ‘Liam, I hope your night didn’t end like that?’. It was all getting too much,” Spratt explained, while looking at the last of his notifications.

But it wasn’t just the drinking memes which annoyed Spratt, a diehard Manchester United football fan.

“The Manchester United ones have been hurting the most over the past nine years, especially as most of my mates are Man City and Liverpool supporters.

“Seriously, I used to dread Sunday and Monday mornings. Usually I’d wake up with a few notifications from the lads ripping into about where Man U are on the table. I still think it’ll be a while before the red devils get back on top.”

Spratt is not completely out of the woods, as Facebook has a one month stand down period where your account must just be “deactivated”, instead of fully deleted. Zuckerberg’s idea being that you’ll come crawling back to him after a couple of weeks.

As our reporters were about to ask what other tags Spratt had had happen to him, he let out a sigh after getting a tag notification from one of his mates on his Instagram.