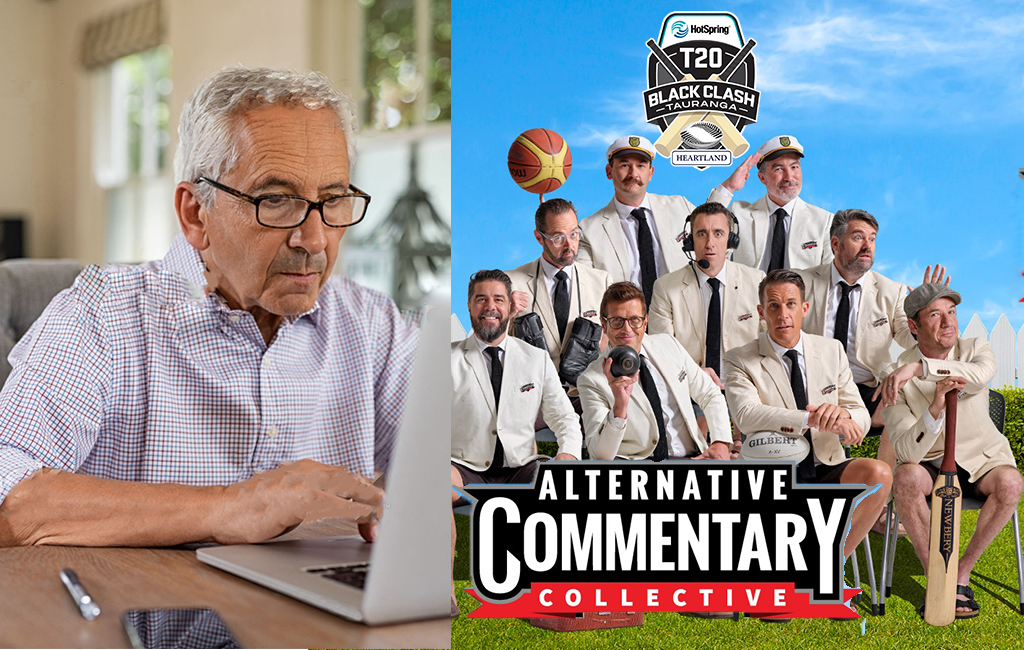 ON THE FRONT FOOT EARLY

Keith Williams, 69, will once again tune in to watch the Hot Spring Spas T20 Black Clash this weekend. Like many cricket lovers his age, he loves everything about the Black Clash except the commentary.

As the same group of commentators return for the TVNZ broadcast, Keith is geared up to be just as outraged and offended as he was last year. This will be his fourth consecutive year of failing to understand that the Alternative Commentary Collective is not meant to be taken too seriously, and is just a bit of fun to make sport more accessible to a wider audience.

With the game on Saturday night, and a busy day in the garden planned for Sunday, Keith spent most of Thursday doing a general outline of his inevitable complaint to the Broadcasting Standards Authority.

“They’ll breach standards again, Facebook’s not listening, so it’ll have to go through the BSA.

“Still don’t know who these commentators are or where they came from, but I’ve planned my key points about what I’m going to be upset about.

“God, remember when they said Chris Harris was 65?! He was 50 at the time!” said a bewildered Williams.

Our reporters learned that Keith is taking a methodical approach to expressing his resolute disgust. “Dug up my Facebook comments from two years ago, re-use those. No point reinventing the wheel is there?!”, laughed the retiree and lawncare enthusiast.

“Jotted down a few adjectives that will go well. So far I’ve got ‘unprofessional’, ‘irritating’, ‘irrelevant’, ‘tiresome’, ‘vacuous’, ‘idiotic’, ‘childish’, ‘vulgar’, ‘obnoxious’, ‘puerile’ and ‘pathetic’. Got the thesaurus there too if I need it.

“During the game I’ll write down whatever foul, immature and downright stupid things those idiots say during their “commentary”. Should be a good game!”

Williams has said that he just does not know what goes through the minds of the people running TVNZ. “What the hell are they thinking? It’s like there’s a bunch of bloody schoolboys running the show”, he sighed, shaking his head slowly and looking at the ground.

“All I want to know is, where is the accountability?”