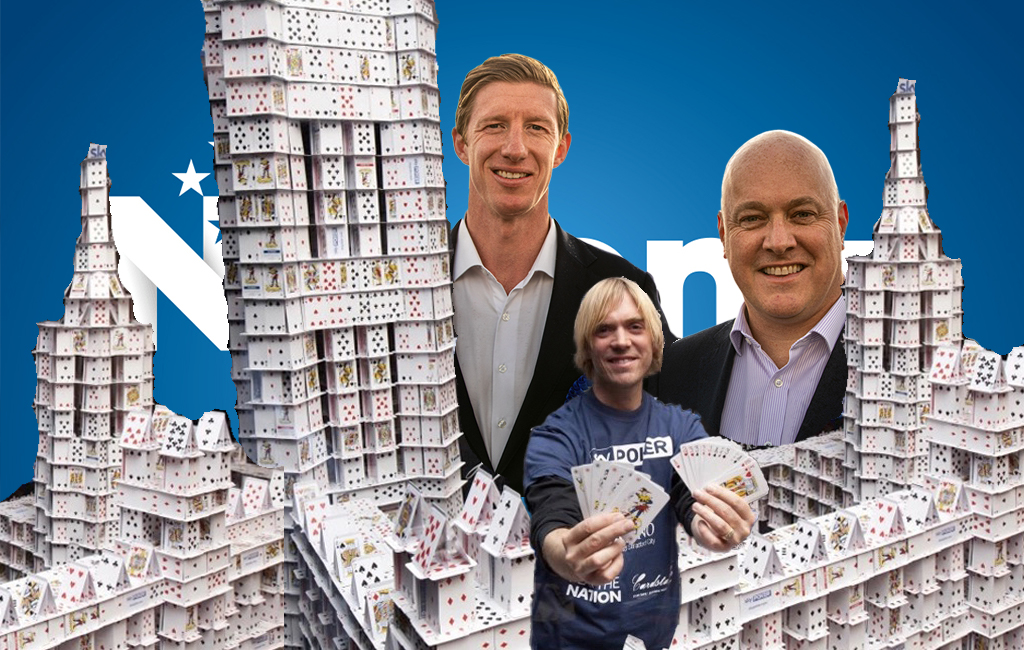 Leader Christopher Luxon has called in American card stacking champion Bryan Berg to help build stability for his troubled party, which has been falling over recently after a spate of blunders by sitting MPs.

Although Berg’s card structures are anything but stable, compared to National you’d have to say they look rock solid.

“Look, I can’t change the cards I’ve been dealt. I’ve just got to play the hand. What I need for this party is to regain its balance, and Bryan will help rebuild the steadiness we once had,” Luxon told the Whakataki Times at the Beehive.

Luxon’s decision to reach out to the card stacking champion comes after a tumultuous 24 hours for the party.

Its newest MP Sam Uffindell has been stood down over past allegations, which included being expelled from the prestigious King’s College along with facing a serious allegation of aggressive behaviour from his time at university.

But it wasn’t just Uffindell’s isolated incident which has thrown the party into turmoil of late.

Luxon had his own gaffe where he appeared to be in Te Puke when he was actually in Hawaii, and also Simon O’Connor who came under fire for posting an alleged anti aborition Facebook post.

Our reporters caught up with Berg on his call up to help shore up the National Party.

“Yeah, I was just busy stacking some cards and all of a sudden I got a call from a number which looked like it came from Hawaii, but Chris assured me he was calling from Te Puke.”