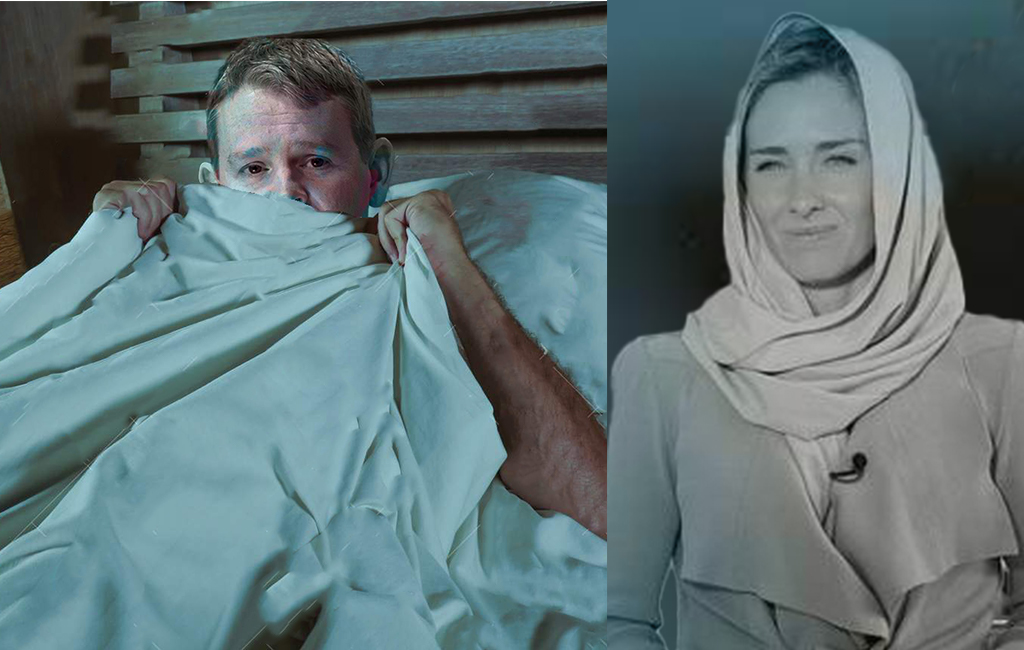 Covid-19 Response Minister Christ Hipkins continues to be haunted in his dreams by journalist Charlotte Bellis.

The sleepless nights for Hipkins have ramped up another level after the Grounded Kiwis Group won a case against MIQ in the High Court, deeming it ‘unlawful’.

Hipkins, who could swear a fully-pregnant Bellis was floating around the room with him in a ghost-like state, explained his side to the Whakataki Times reporters.

“Look, the lottery system was the best thing we had at the time… I stand by my position that a flawed MIQ system was better than no MIQ system. Please Charlotte just leave me alone! What more do you want from me???”

Bellis, who failed to secure an emergency MIQ spot earlier this year thanks in part to Hipkins, explained how he was fully deserving of his nightly haunt from her.

“Only fair isn’t it? Not that he’d know the meaning of fair. This is the guy who didn’t want to grant me an emergency MIQ spot. How do you think I slept while he literally expected me to give birth in Afghanistan – and I was only there thanks to the Taliban who saved me from Qatar!” Bellis said as she continued to hover around Hipkins’ bedroom.

Hipkins, who was hiding under the covers as the Whakataki Times reporters sought further comment, explained how he was the victim of yesterday’s ruling.

“They basically overlooked how I’m also a victim. What do you think is more frightening? Charlotte Bellis haunting me in my sleep, or me rejecting her visa while pregnant and making her return to war-torn Afghanistan?”