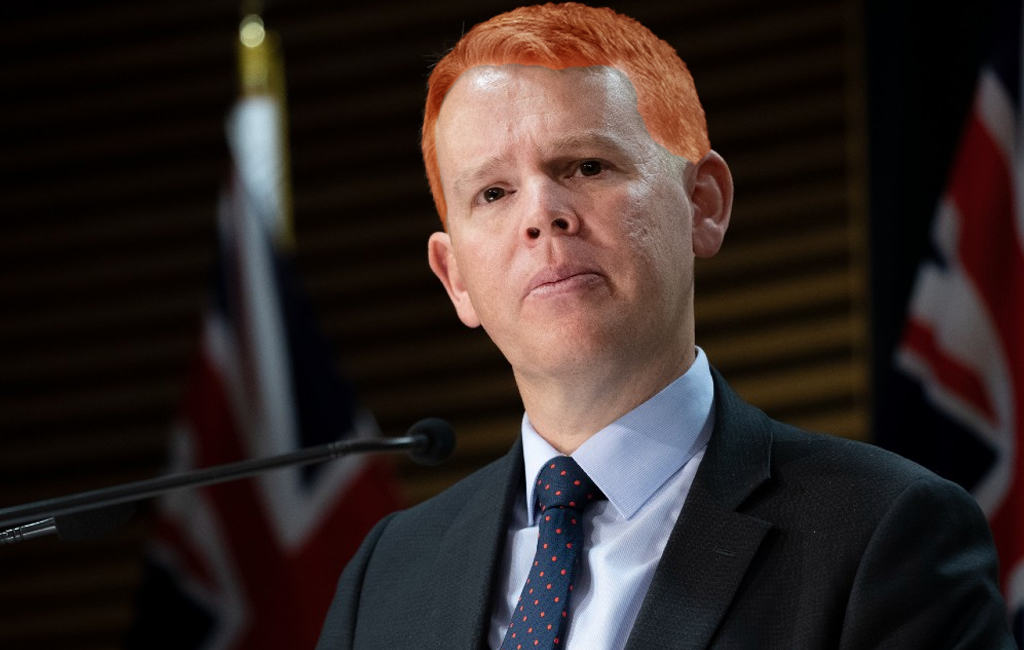 IF YOU CAN SEE IT, YOU CAN BE IT

Incoming Prime Minister, Chris Hipkins, is already promising New Zealanders a brighter future under his leadership. He’s set out the challenges our nation faces and hinted at solutions. Members of New Zealand’s ginger demographic have read between the lines of these statements, and are looking forward to the change Hipkins will bring for carrot tops everywhere.

President of the Auburn Alliance, Pamela Paul, is among those whose analysis indicates good things for gingers in the months ahead. “What we see in Hipkins is a real role model for a sub-species of human that often gets treated as sub-human.”

According to Paul, data gathered from Auburn Alliance member surveys shows red heads around the country are neglected by family members, passed over for promotions at work, belittled by partners and disrespected by their children, with their hair colour cited as the main cause for such treatment.

Under Hipkins’ leadership, Paul is expecting to see a renewed red focus in government, which will see Labour introduce policies that enance the status of daywalkers around the country. When asked for some examples, Paul suggested we may soon see gingers’ added as an option in census data, included in the social sciences curriculum, and even offered subsidised hair care.

Overall Paul is feeling confident that Hipkins can bring positive change: “This new era of ginger in government is a positive sign that the negative treatment can be overcome, that despite our pale complexions, we rangas can have our time in the sun.”