CONTENT IS QUEEN: News Editors Pretty Much Sorted For The Next Couple Of Weeks 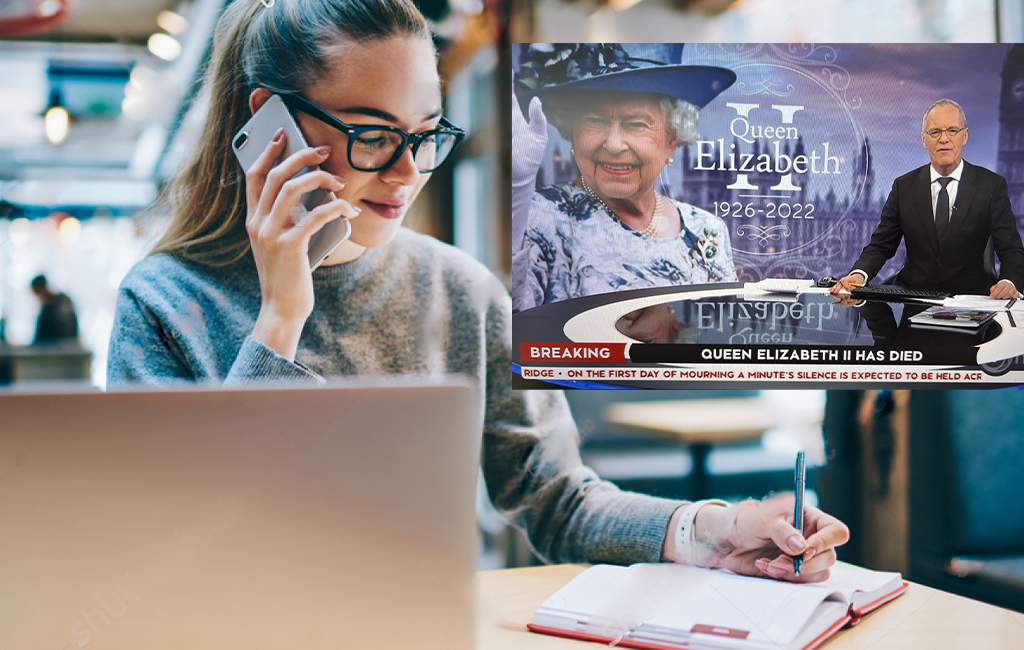 AHEAD OF THE GAME

The country’s top news editors and producers for television and print are almost operating in holiday mode at the moment.

The biggest fear for any top level news editor is to be stuck working throughout a quiet news period. But that won’t be the case for the next couple of weeks for any of the mainstream news media, because of the passing of Queen Elizabeth II.

Our reporters spoke to a handful of news editors from around the country.

“We’ve sent half the team to the UK, but I’ve also been sending our local reporters out each day just to find anyone who ever saw or briefly spoke with the Queen,” explained the TVNZ 6pm lineup producer.

“One of our interns just got back after speaking to 76 year-old Fiona Crump who had the Queen wave at her from afar on her first visit here in 1953. Naturally we interviewed her for an hour about that fascinating experience.”

The NZ Herald also invited our reporters into their headquarters.

“It’s great to have a break from running wall to wall coverage about how a 21 year-old saved up enough to purchase their first home, or how a 25 year-old is about to buy a sixth one,” explained the Herald’s Chief Editor.

“We’re gonna milk this moment in time for everything it’s worth, going to be good having a few more angles coming from the public holiday and that’s not until Monday 26th!”

“It’s the story that’s going to keep on giving. Are there any Kiwis travelling to the UK for the funeral? Are we going to change the Queen’s Birthday to the King’s Birthday weekend? Who actually knows and I don’t care if nobody cares! We’re gonna run with it! Get those interns out on the streets for more vox pops!

“Oh and I nearly forgot about all the faces on our coins and bank notes! This is a content gold mine!”