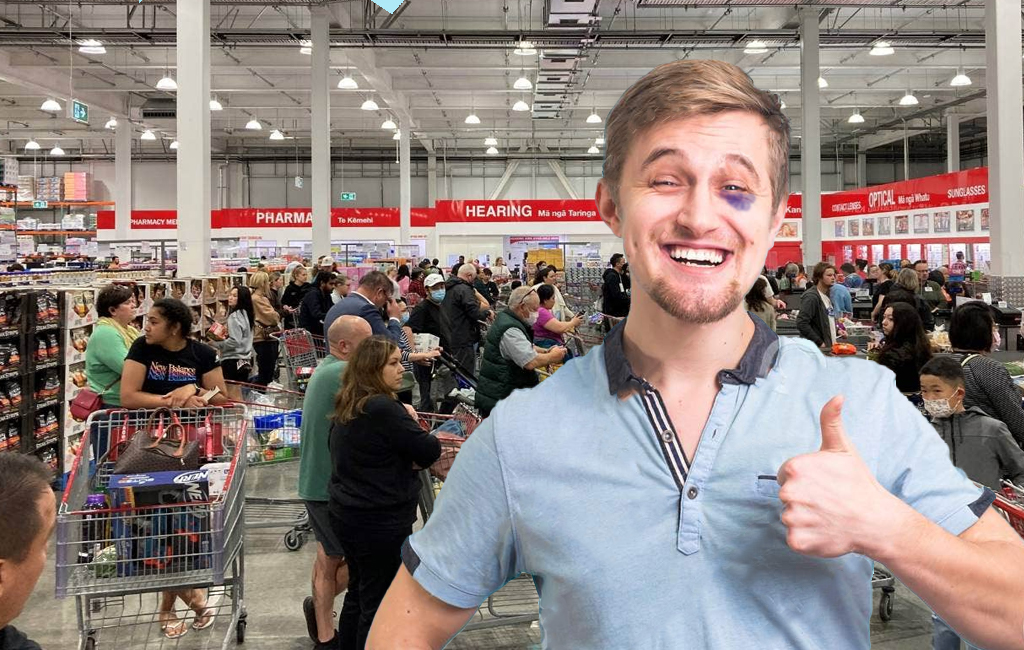 SAVINGS, BUT AT WHAT COST?

One week on from the launch of Costco’s long-yearned-for New Zealand store, those who attended the opening day are reflecting on whether the deals were really worth the drama.

In a series of exclusive interviews, the Whakataki Times heard tales of the mishaps and misery that unravelled when at the Westgate store last week.

One shopper, decked out in brand new Puma sweatpants and matching hoodie, described that, “the first thing I saw was a fully grown woman throwing a tantrum on the floor […] I had to step in and take the $100 Ray-Bans out of her hands before she wrecked them.”

Others still claimed to have seen fistfights in the frozen food aisle, resulting in frozen peas selling out in only two hours. David, who walked away “relatively unscathed,” with only one black eye, explained he had to fight his way through several throngs of confrontational CostCo members, with conflicts breaking out in “almost every aisle”.

Among the most concerning allegations comes from a woman who claims to have witnessed people trading babies and pets for high-demand products. According to the witness, dwindling supplies of fresh produce saw the price of truss tomatoes escalate from $39.99 per kilo at 9am, to a first born child and a tube of Mentos by mid-afternoon.

The allegation was validated by multiple other sources, with others adding that Labradoodles were being used as currency in both the sporting goods and Christmas decoration departments from around 2pm.

Though all shoppers who spoke to the Whakataki Times were ultimately pleased with the purchases they made at CostCo last week, there was general consensus that the bargains did come at a cost.

When asked if the savings were worth the suffering, shopper David surmised that..

“Puppies come and go, you know, but bargains are forever.”