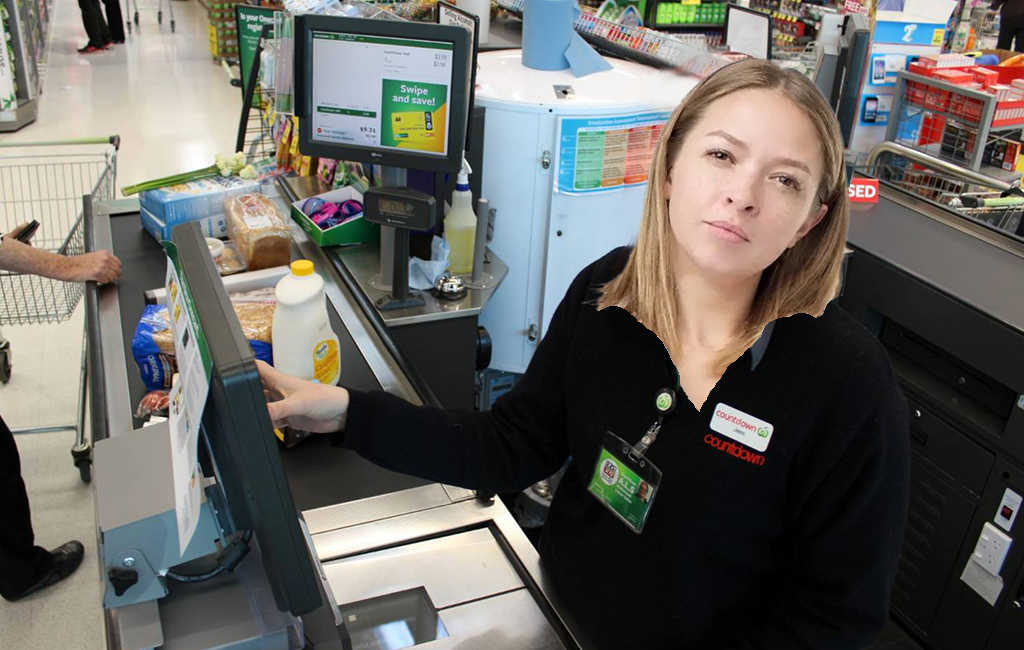 WHY WOULD YOU WANT ONE?

Christchurch based Countdown checkout operator Olivia Metcalfe is pretty over it.

The 23 year-old part time worker at Moorehouse Avenue’s Countdown isn’t over her job as such, but is annoyed at having to robotically ask customers who come through her aisle if they would like the receipt for their groceries.

Our reporters were at Countdown on Moorhouse Ave and spoke to the young checkout operator.

‘I honestly don’t even know why I bother asking anyone. Hardly anyone wants a pointless small piece of paper that has a list of items they’re about to consume. What are they going to do? Bring something they’ve eaten back and return it?”

Metcalfe has also begun to find new ways to save her breath.

“So when a couple of young guys rock down my aisle with a 12 pack each, I don’t even bother to initiate the conversation about if they’d like a receipt for the beers they’re about to binge away. I let them take the initiative, most of them are like ‘Oh don’t worry about the receipt’ before I even ask them”.

But despite Metcalfe’s reluctance to ask most customers, she feels obliged to ask a certain type of crowd.

“Honestly, the only people who I bother putting on a brave smiling face for are people who look like they’re over 60. For some reason they’re obsessed with keeping the receipt of groceries. God only knows why.

“And look, the few people that are that desperate to have a receipt will ask for it before I get a chance to recite the line to them. You know, like ‘cheers and I’ll grab the receipt too thanks’. Nothing wrong with that, I have no problem with that at all”, she clarified exuberantly.