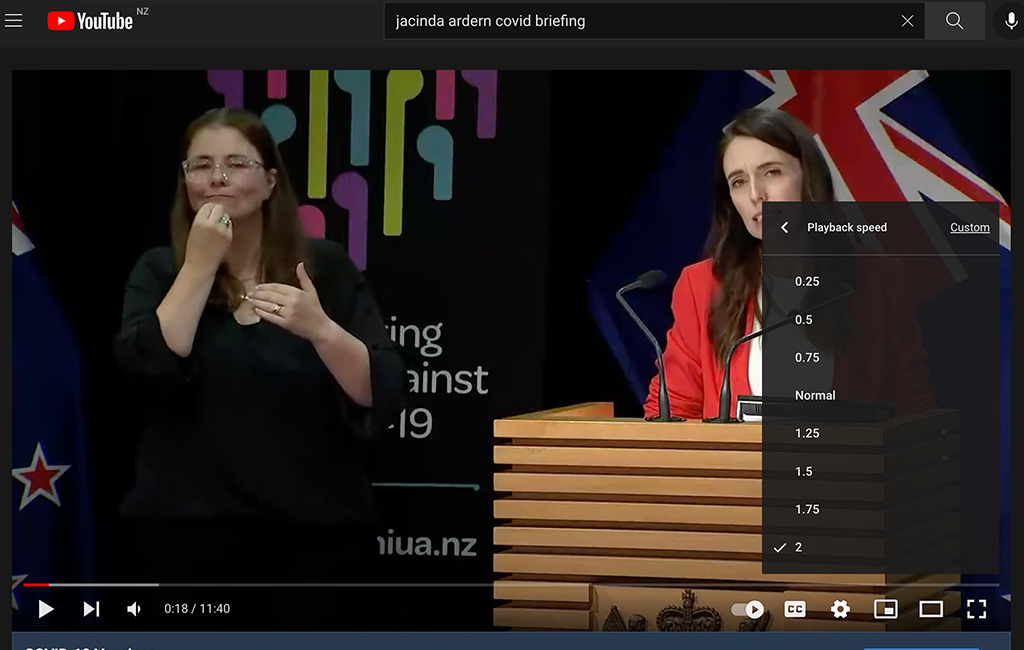 GET TO THE POINT!

The Prime Minister has once again bored the nation half to death with this morning’s announcement, by taking an excruciatingly long time to get to the point.

The basic laws of time and space have proven to be a real nuisance, with many kiwis now wishing that the PM’s live streams could be played at double speed.

Local Gen Z podcast enthusiast Kyree Livingston was absolutely livid with today’s long-winded snooze-fest. “There was so much build up and unnecessary context that we already know, it was like the PM was speaking in slow motion.

“If she was getting to the point any slower I think she’d be going backwards”, laughed the content consumption specialist.

“The PM needs a 2 x playback option for her livestreams, or maybe just a 1.5 x, as double speed is a bit fast sometimes. Too bad it’s theoretically impossible ay, bloody physics…”

Whakataki local Meredith Hogarth however has found an unlikely upside to the PM’s nauseatingly slow announcement. “I was sitting through her self-congratulation speech about her idea to “go hard and early”, which was physically exhausting, but it turned out to be a blessing in disguise.”

“As I was watching the announcement, I noticed my kitchen smoke alarm light blinking on the ceiling, which I only spotted due to my excessive eye-rolling”, said the tired old woman.

“Turns out the battery needed replacing! Who knows how long that had been like that for. Thank you Prime Minister!”