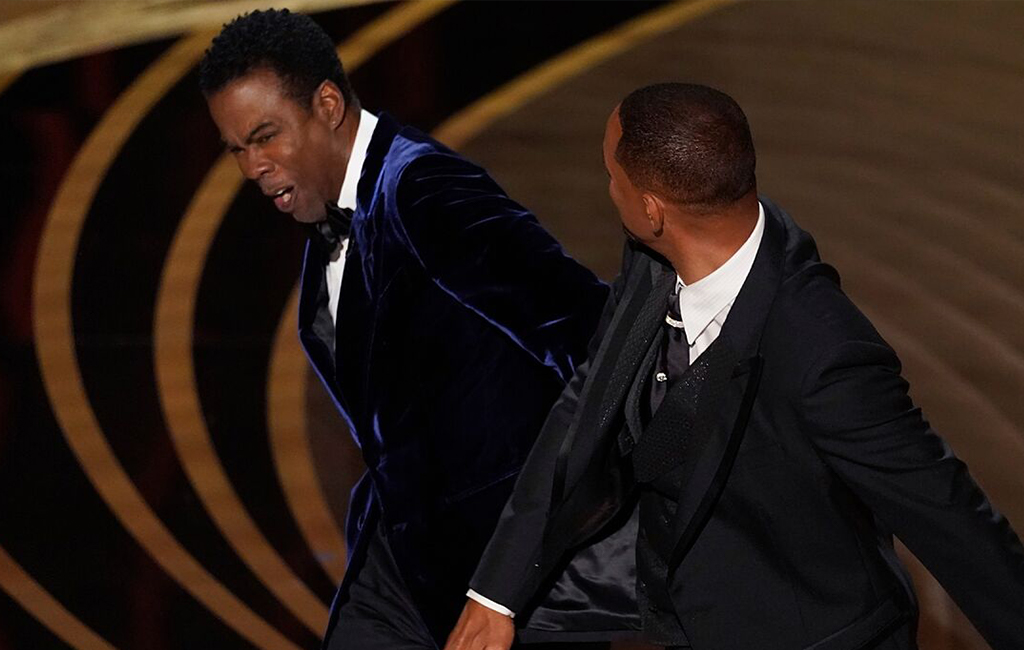 After several years of headlines about being “out of touch” and “racist”, the Oscars have spiced things up a bit this year by getting their best actor, Will Smith to slap host Chris Rock for making a joke about his wife.

Instead of the same old Oscar host pattern of “comedian makes joke, person gets offended by joke, person tweets boo-hoo sob story”, Will Smith has instead got up and slapped the host of the Oscars.

The Academy were delighted with the publicity from the slap, cryptically tweeting “The Academy does not condone violence of any form”.

Smith and Rock put their acting skills to the test with this performance, seemingly getting some WWE ring training as Rock presented his chin while Smith walked on stage, patiently waiting for his loose four finger slap-and-tickle.

Smith then followed this up with some classic shouty Will Smith acting when he got back to his seat, yelling “Keep my wife’s name out ya f***ing mouth”.

Dozens of anti-violence enthusiasts have railed against Smith on Twitter, clearly missing the point and not getting the joke.

Whakataki psychologist Jacko Rowlands was perplexed by the online reaction. “Why would a highly successful multi-millionaire actor actually get up and completely ruin his own reputation over a joke from a comedian who is clearly just doing his job, which is to heckle the guests?”

“I think the reason there is such disbelief that this has happened is because it is literally unbelievable, as in, not believable”, outlined the 31 year old.

Ricky Gervais is now reportedly carefully reconsidering his jokes lined up for Dwayne “The Rock” Johnson in 2023.

Very Relatable, Down To Earth Prime Minister Appears As A Model In Premiere Fashion Show