DISASTER STRIKES: Kiwi Woman Grappling With Pressure To Come Up With Decent Caption For 10/10 Photo 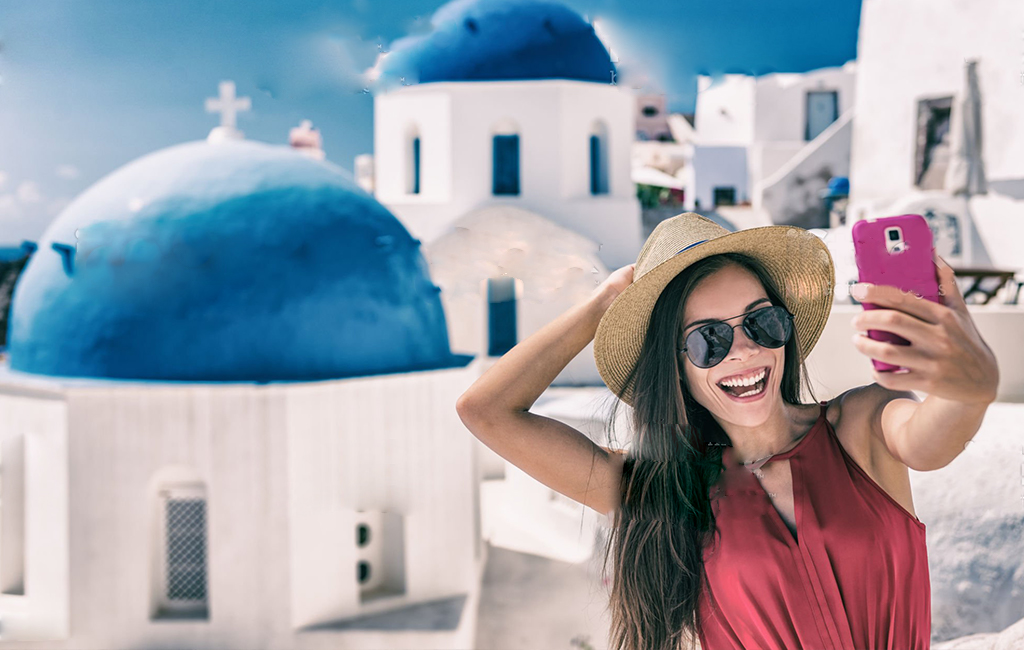 Chelsea Palmer, 22, doesn’t usually have any problems gaining attention on Instagram and posting about the dream-like views of Santorini in Greece. And today definitely wasn’t meant to cause her any pain during her three week Europe trip.

Despite knowing whatever picture she put up was going to be met with a barrage of fire flame emojis from her closest friends back in New Zealand, along with a handful of fire emojis in her DM’s from guys she kinda knows, she wanted to at least make a good fist of a caption to go with her latest photo where she knows she’s a 10/10.

Our reporters were in Santorini with Palmer.

“Umm oh hi guys, what do you think of this? Any ideas for the caption?” Palmer said with panic in her voice, fearful if she doesn’t post a decent caption with the picture, it may well cost her likes.

Palmer’s problem appears to be not a lack in quality of the photo, where she’s in a wavy dress and unreasonably tanned, but more to the fact she’s struggling to come up with a sufficient caption to accompany it.

“Ok we’ll come back to that. Well what about this one of me in Florence by the pool. I mean, how do I caption myself poolside. Hot dogs or legs? That’s so overdone though right? Ugh.

“Ok back to this one here in Santorini. Like, do you think  just maybe Greece with the Greek flag emoji? Or Slice of paradise? Maybe Vitamin D by the sea’? would that be good?

“Come on guys, gimme some help! Need to get this up soon when everyone in NZ wakes up!”