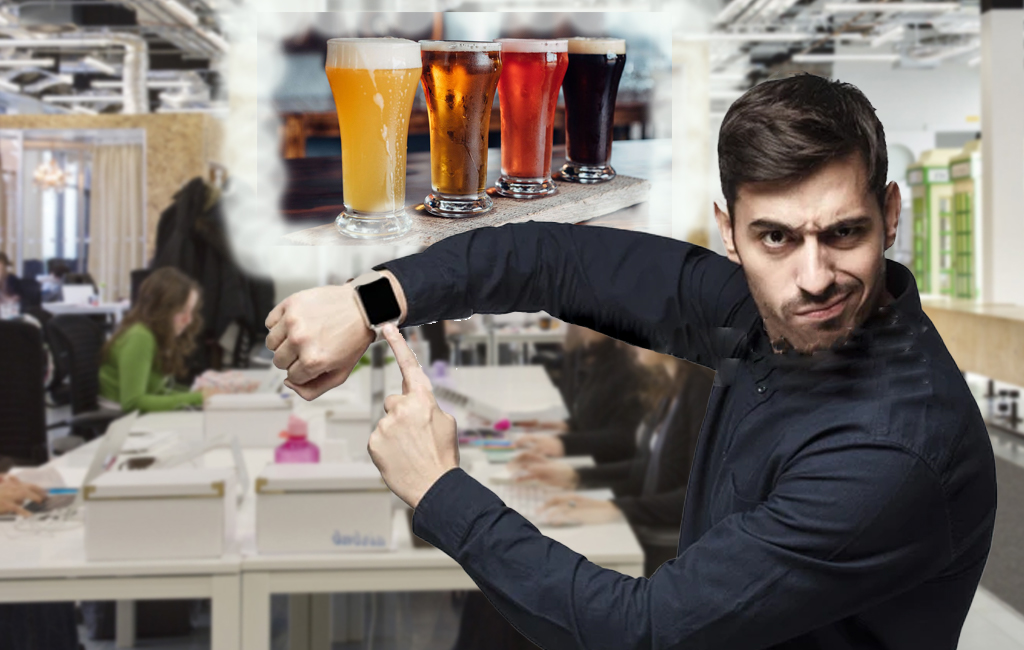 “SEE YOU AT THE OTHER OFFICE”

Corporate level ACC employee Daniel Farnham has once again pushed the envelope in his quest to continue getting to Friday work drinks as early as possible.

As of 3.25 pm today, the “community engagement advisor”, who has never set foot anywhere near the frontline, was seen putting pressure on his colleague Harris Mueller to duck out early.

“If we head to the other office now we can get a good table, come on. It’s always packed on a Friday,” urged the deeply unsatisfied public servant. The man who has turned himself into a permanent headache for his manager has been edging his Friday clock out time earlier and earlier each week for the last month.

“Well it’s Friday, come on! Noone’s even doing anything, everyone’s just mucking around and browsing websites. I’ve got three emails I need to send but there’s no point because no one’s going to do anything today,” he reasoned.

“Hurry up Harris man, you’re just mindlessly looking at Stuff. What are you even reading? Stuff to Watch: Eight great shows to stream this weekend? God you’re lame.

“We’ll go now, it’s only 3.25 so we’ll beat everyone else who leaves work at 3.30 on a Friday. Logical option,” said the man who does not fully understand the purpose of his role at the organisation, but definitely does know that he wants out.

Before Mr Farnham was about to start physically attempting to move Mr Mueller away from his computer screen, the third member of the young boys club, Ryan Daggerworth appeared from Level 9.

Without saying a word, Daggerworth aimed two subtle eyebrow raises directly at Farnham, who then looked at Mueller, and the three silently reached agreement, with Mueller closing his laptop and packing his back to head down to The Thistle.

Farnham, who last Friday managed to exit the building at 3.45, has today achieved the feat 17 minutes earlier, at 3.28.