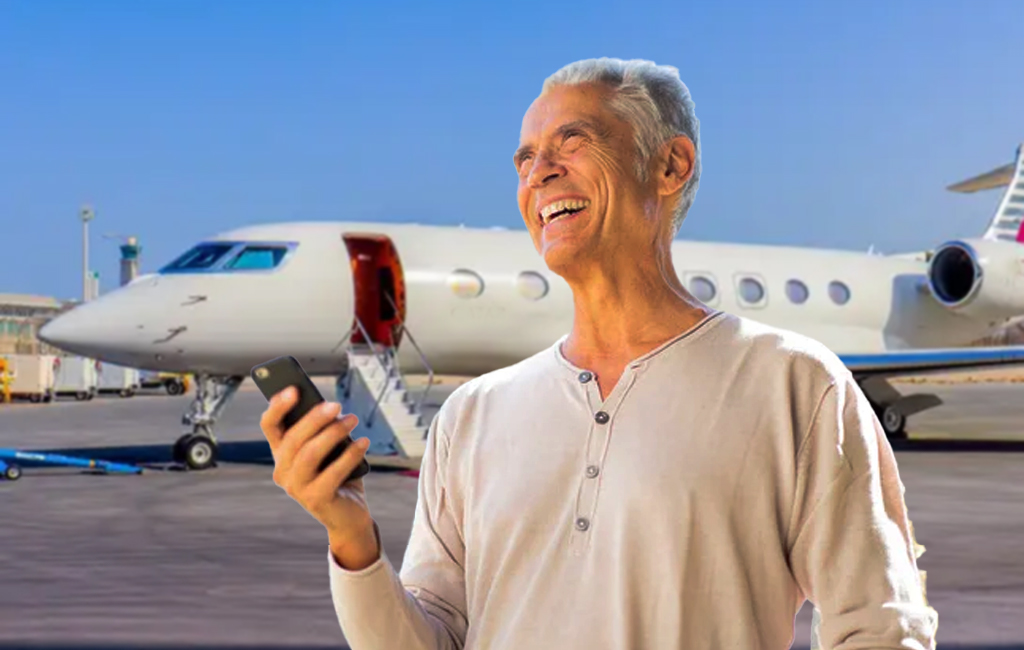 Local billionaire elite Roger Rubens believes that the world is in the middle of a climate crisis that could become a catastrophe. He is rock solid in his belief that carbon dioxide is destroying the planet, and yet somehow he is still willing to add to the destruction by burning another full tank of jet fuel with his private jet.

He is heading off to this year’s World Economic Forum Annual Meeting, in the Swiss Alps town of Davos, where he will join the likes of Bill Gates, Klaus Schwab and anyone else who believes that God has given them the right to “shape” the future of the world.

Over 1000 private jets have already made it to the small alpine town.

“We’re in a really crucial time for the planet right now. Now is the time for action. We need to stop burning so many fossil fuels if we want to have a planet to live on,” Rubens said to our reporters as his pilot fired up the engine of his Gulfstream 6.

“We need to cooperate if we want there to be a planet for our grandchildren. Everyone is just going to have to adapt, and be content with having less.

“What? Oh no, I meant everyone else. Not me…” he added after our reporter pointed out that he had just contradicted himself outrageously.

“People just find it difficult to listen to the truth. When it comes to saving this beautiful planet, actions speak louder than words,” he said smugly while his actions screamed at him.

As Mr Rubens flew off, farting all sorts of gas into the atmosphere, the billionaire’s actions made it pretty clear to everyone that he personally doesn’t think the climate is in any kind of crisis at all.