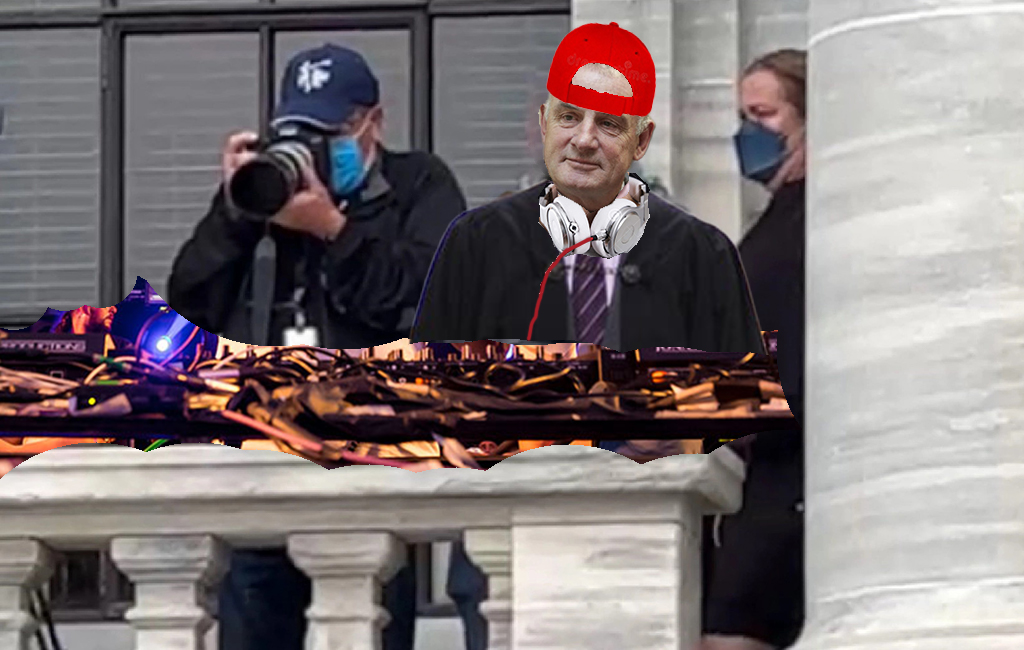 After less than a year in the DJ booth at New Zealand’s Parliament, Trevor Mallard has decided it’s time to take up a new gig on the Emerald Isle. Ahead of his final performance at Parliament grounds tonight, the so-called “Father of House” sat down with Whakataki Times reporters to explain why he’s packing up his headphones and heading north.

“I’ve found my place in the world – it’s time for me to step up and take it,” said the Labour enforcer as he unpacked and positioned his twin set of CDJ-2000s.

Mallard has been an almost permanent fixture at the Beehive since being elected Labour MP for Hamilton West back in 1984. In recent times he’s become known for his rebellious antics as Speaker of the House, but says what he really wants is for “the music” to be his legacy.

“It was only this year that I discovered the power of music… to connect, to inspire, to elicit change. Truly, it was a revelation to me,” explained the Ireland-bound sound selectah.

Mallard describes a rave on Parliament’s lawn earlier this year as a particularly life-affirming event, recalling how one set “physically moved” his audience. The rave was one of a series of musical happenings that Mallard headlined back in February, leading to his appointment as Parliament’s Resident DJ.

“Yes, I have heard colleagues refer to me as the Father of House,” laughed Mallard as he plugged in his headphones and tested the levels on his main console.

But not all feedback has been positive. Many in the Chamber have accused Mallard of inventing his most recent role, with some even going so far as to demand that he be banned from the Beehive’s booth entirely.

Mallard hopes his new gig in Ireland, set to begin in January 2023, will be an opportunity to connect with new fans and expand his horizons. When asked if the move marked the start of his farewell tour, Mallard said only that he intended to “follow the music.”

Unconfirmed reports received after this interview indicate Mallard has already acquired a semi by the sea.