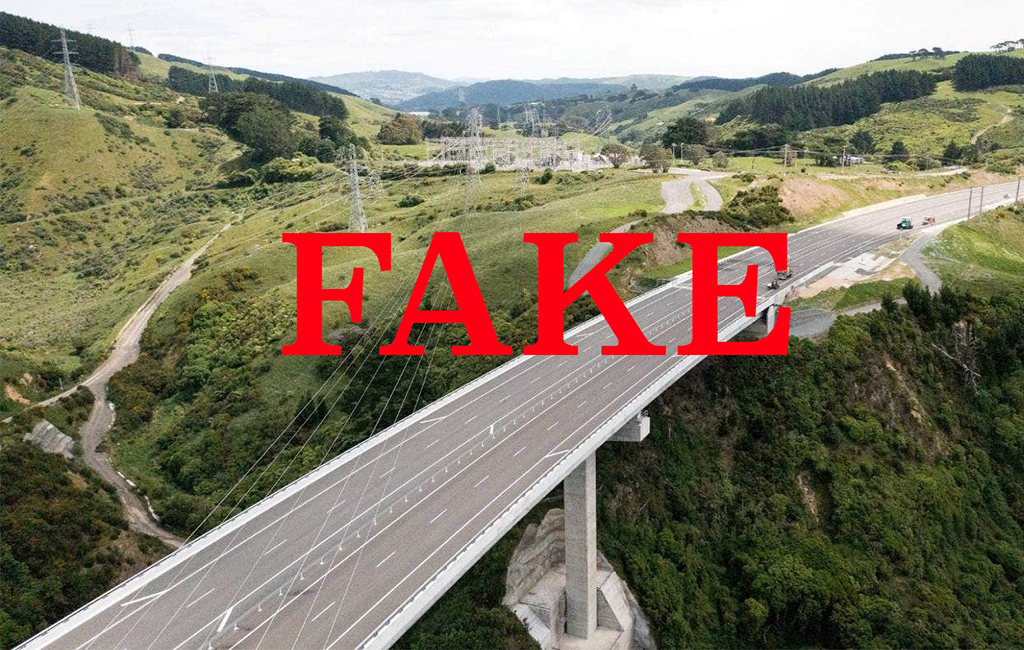 The Whakataki Times can confirm that news of the much-delayed Transmission Gully being opened today, is indeed fake.

The clarity comes as multiple media outlets tried to convince New Zealanders that the never-ending motorway project north of Wellington, was somehow “completed” and declared “ready” for motorists to use on Thursday.

Media commentator Pat Collins explained that today’s misinformation on the overdue $1.25b motorway project was shameful.

“The more outrageous the content, the more clicks that it’s going to get. Today’s fake headlines circulating nationwide claiming that Transmission Gully was actually opened after all these years and endless delays was another example of ‘If it sounds too good to be true, then it probably is.” Collins said with authority.

The far-fetched news also came as the project was sitting at a staggering 100 days past the due date of its fifth deadline, making any reports of it actually being open even more implausible.

Bizarrely some news outlets falsely reported that the 27-kilometre four-lane motorway had also been officially opened by the nation’s Prime Minister, who was reportedly welcomed with a powhiri and then cut the ribbon to “open” the new State Highway.

Collins further explained far too much fake news was being churned out via the untrustworthy mainstream media, and that smaller, truthful regional newspapers were an essential part of our media landscape.

“It’s good to see responsible news outlets like The Whakataki Times adding some much needed backbone and stability to the news cycle. I look forward to your coverage of Transmission Gully’s actual opening in what we can only guess will be in a few years time.”