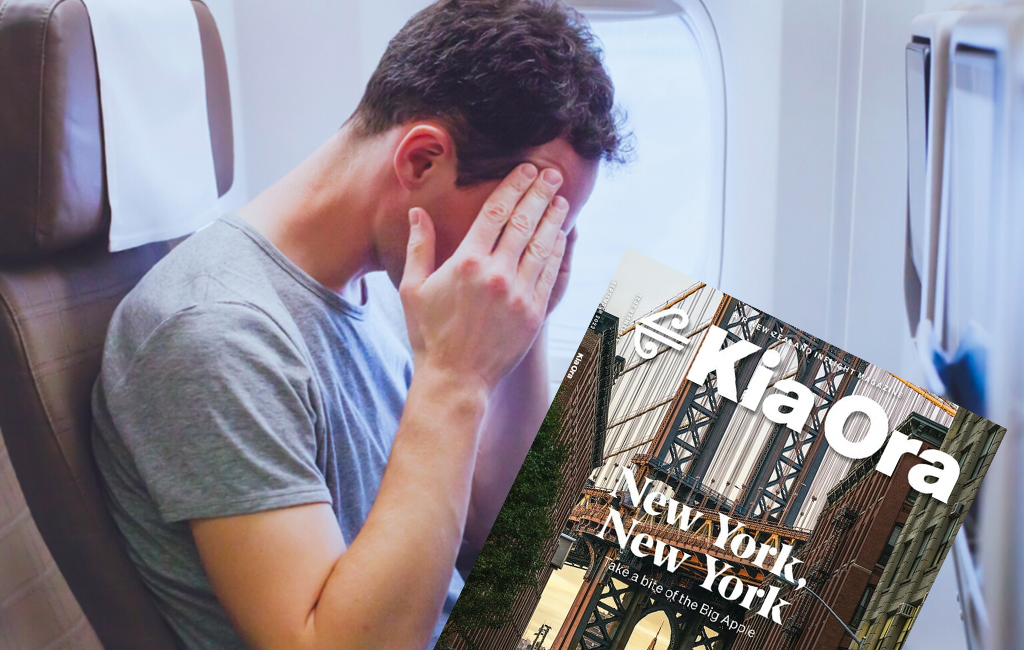 WASN’T WORTH A TRY

Wellington man Sheldon Maher foolishly got his hopes up on his Air New Zealand flight yesterday.

The man was on his way to a much deserved Spring getaway in Queenstown, a welcome reprieve from his hellishly dull job as a corporate services officer at the Ministry of Education. “Great to be feeling the excitement of arriving at the airport and then hopping on a plane to catch up with mates. We’re coming from all around the country to meet up in a neutral location.

“Was all going according to plan until I spotted the Kia Ora magazine, just sitting there in the pocket of the back of the seat in front of me.

“It caught my eye for some reason. Don’t know why, but I thought maybe this time there might be a good story in there for me.

“Maybe something on the All Blacks? Gah, not sure what I was thinking exactly,” explained the man who had just been taken for an absolute ride by the kiwi airline, once again.

“But no, of course not. Not a single article there for me. The thing was chock-a-block full of full-page ads and not much else!

“The best they could do was an article called Top 10 Things To See And Do In Auckland, urgh…” he groaned. “Who goes on holiday and leaves it up until the plane ride to work out what they’re going to do, based on recommendations by Kia Ora??”

Mr Maher then appeared to be getting exceedingly agitated by the mere existence of the magazine. “Why is it still a thing? Everyone’s got a phone for entertainment. And even the people who follow the “flight mode” rules should be organised enough to download something to keep them busy.

“Get with the times Air New Zealand! Free magazines?? Surprised the climate change nutters haven’t been onto you for wasting paper!”