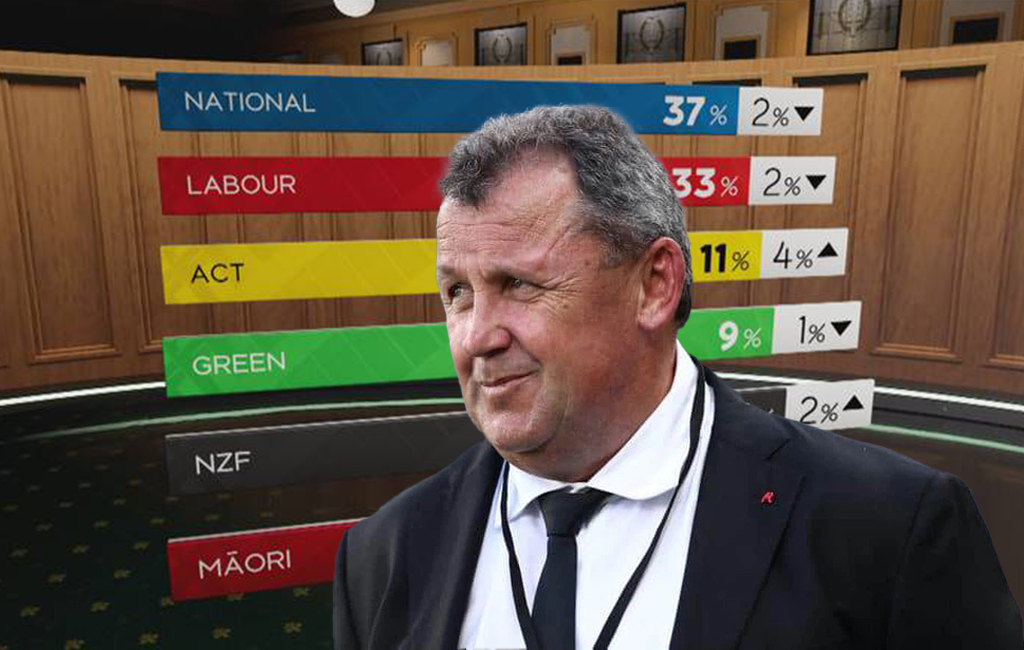 “PHEW, NO KANTAR POLL FOR ME!”

All Blacks coach Ian Foster has dug deep and found something to be thankful for.

The under-fire coach is fortunate there is no real concrete proof that All Blacks fans around the country are completely disgruntled with him and that his public support is at an all time low.

The presumption about him comes because there’s no pie chart or visual illustration to showcase how low his numbers really are in the form of a percentage or graphic.

Unlike regular political polls on TVNZ and Newshub that showcase a party’s political popularity, along with that of the Preferred Prime Minister, no such polls are publicly presented about the preferred All Blacks coach.

Following their third consecutive loss, our reporters made the trip to Johannesburg in South Africa to ask Foster if he’d like to know what the general public in New Zealand thought of him via a pie chart or some other sort of illustration.

“I guess a percentage chart would paint a nice picture of where we are heading,” Foster said, oblivious to the fact his All Blacks team are heading in very much the wrong direction, having lost five out of their last six tests matches under his watch.

“But ultimately what the public think of me and us is irrelevant. We know we are improving, in fact we had our best performance of the season on the weekend” Foster smugly told our reporters, ignoring the fact that the All Blacks had their worst performance in years, crashing to a near record loss to the Springboks.

Our reporters then offered up a sketch of a pie chart illustrating the All Blacks results over the last six tests, which he palmed off and left us with one final comment.

“I’m sure whatever it shows, it’ll show we are heading in the right direction. A lot of belief in this group.”