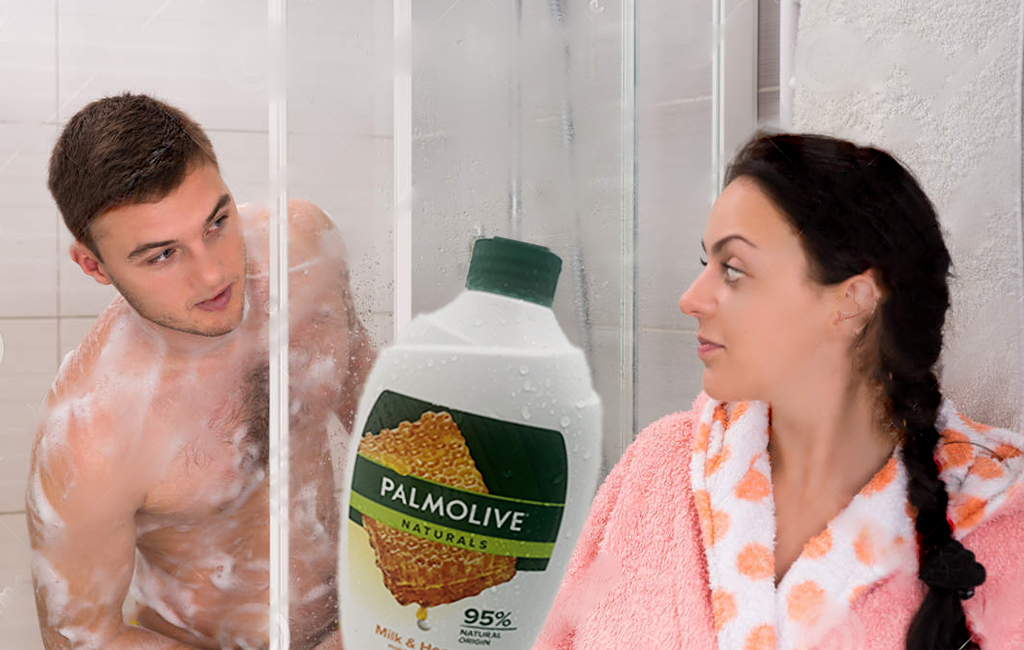 Charlotte Tulloch has learnt that some things just aren’t worth the fight.

Her partner Jake Dunlop, a landscaper, had popped around after finishing off a long shift at a house nearby and decided to have a shower before the two had dinner together.

Dunlop has been led to believe that he has gotten away with stealing bodywash from the shower that he knows is not for him. This is despite the fact that he has emerged from the bathroom smelling strongly of milk and honey.

Our reporters were inside Charlotte Tulloch’s flat near New Plymouth.

“Ughh, hi guys, far out, Jake does this every time. No matter how many times I tell him to bring his own body wash and stuff for the shower, he just uses mine!” Tulloch whined to our reporters after smelling Jake’s scent of milk and honey the second he emerged from the bathroom.

“To be honest I’ve lost the will to keep nagging him on this one, so I’ve waved the white flag and admitted defeat.

“At least he’s clean right? If I moan too much I might end up discouraging him from having showers at all!” she reasoned sensibly.

Jake explained himself to our reporters.

“Oh nah, I brought my own stuff this time. See?” Dunlop said lying to our reporters, holding up what looked like an empty Lynx Africa ‘Refreshing fragrance’ bottle, which was bone dry and had clearly not been in the shower with him.

The Whakataki Times reporters could sense Charlotte’s frustration as she has always told Jake to bring his own shower gel when he says he’ll stop by in the evening after work.

“I pay good money for that Palmolive 1L bottle, that stuff’s not cheap. But here’s Jake, just thinking I won’t notice a few squirts of it. Hell, I’ve replaced those one-litres more than his 400ml Lynx bottles.