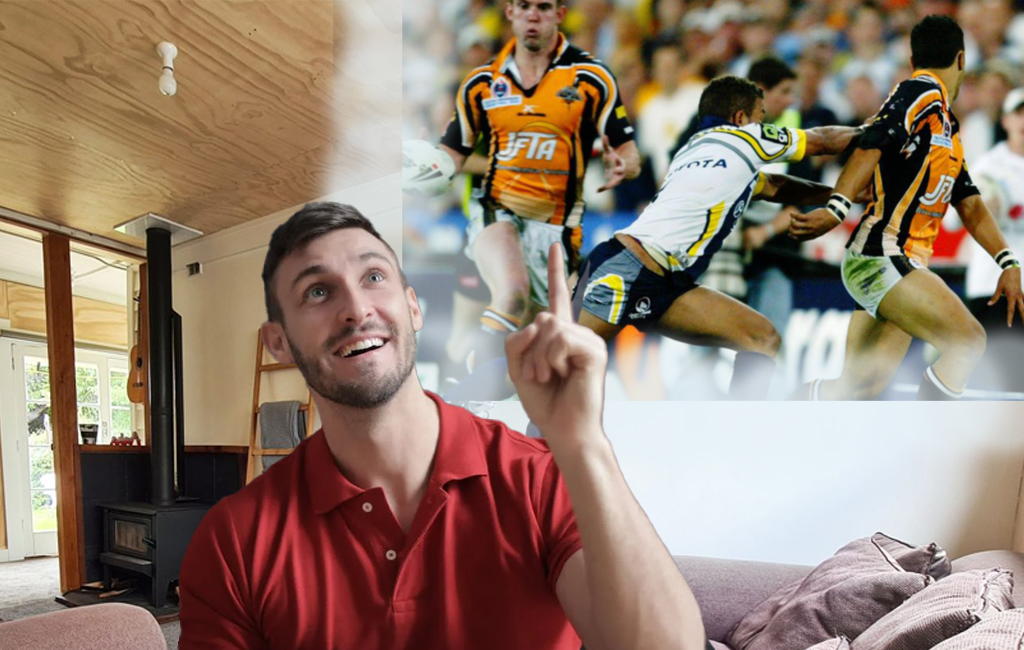 The 33 year-old from Christchurch has been a long time Warriors fan, but is also a fan of anything a Kiwi does in the NRL, no matter what team it’s for.`

With his beloved Warriors again failing to make it anywhere near the playoffs, Hickey’s mind has cast itself back to perhaps one of the greatest moments on the big stage by a Kiwi.

That was when a 20 year old Benji Marshall threw perhaps the most famous pass in NRL grand final history, setting up Pat Richards for a try in the corner for the Wests Tigers Premiership win.

Our reporters caught up with the league fanatic, who was now replaying the try over and over..

“Gee, I still can’t believe he even tried it, the match was 6-6 at the time and it started with a run from near his own in-goal. Brushed past Johnathan Thurston and Matt Sing so easily. Only just a kid at the time too!” Hickey said, who was only a 16 year-old at the time.

“It’s etched in my mind, especially with Rabs Warren’s commentary. Man, what was it? 17 years ago now? Feels like it was just yesterday,” Hickey said, who hasn’t really done too much with his life since the famous try back in 2005.

Watching the video for maybe the tenth time and without prompting, Hickey then relayed the commentary in detail to our reporters while he watched the video in sync.

“Marshall steps away…Marshall still going…Richards still coming up outside….now inside …..Pat Richards…Pat Richards has scored a magnificent try,” Hickey exclaimed, as he then told our reporters to wait for the replay of the flick pass, which they watched four times from multiple angles.

As he was about to go into further detail about one of the most famous NRL grand final tries of all time, another video started to play.