HALLOWEEN SCARE: Mall Manager Reports That What’s Frightening Customers The Most Is The October Christmas Decorations 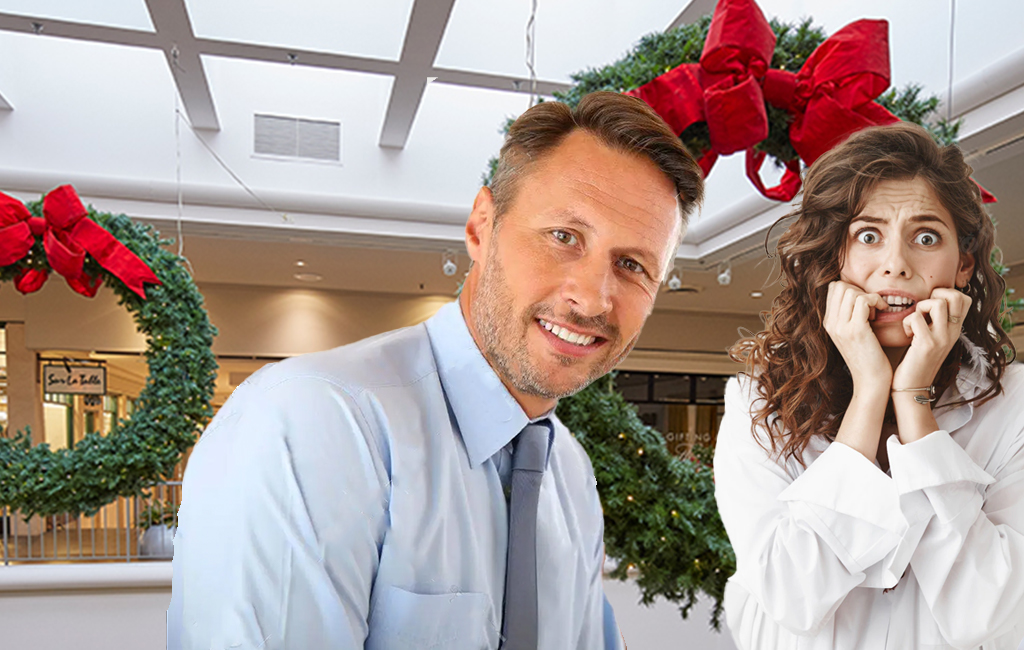 Gavin Briggs, the manager for the Riccarton Mall in Christchurch, thought he had been outdoing himself in his job.

But the 44 year-old has found out that his beloved mall has been inadvertently disturbing shoppers after gathering feedback from the mall’s feedback box.

Our reporters caught up with Briggs who was pushing a pallet jacket full of boxes.

“Hi guys, the year’s rolling by isn’t it? Less than 60 days until Christmas and everyone will probably want to do their shopping well in advance don’t ya think? Nothing like getting the ball rolling early,” Briggs said as he hauled out tinsel from one of the boxes.

When pressed on what the thousands of shoppers in his mall thought of the early Christmas decorations, Briggs revealed some of the feedback.

“Well, not all people are overly pleased that we are beginning to get into the spirit of Christmas this early. But ya can’t please everyone ya know? I’m sure the kids will be excited though!” said Briggs, who continued to frighten shoppers with each Christmas decoration he pulled out.

The Times reporters then spoke to some of the mall’s customers.

“Are they actually serious? I honestly haven’t felt like I’ve started the year properly and the mall’s wanting to push Christmas on us already? I’m just here trying to get a couple of things for halloween,” said mother of two Jane Wakefield.

“I was here for a bit of retail therapy and now I’ve got a wave of anxiety rolling over me. Is it really time to get ready for Christmas already? I’ve barely even thought about saving for that” said Sara Brunton, 25.

As our reporters went to relay these comments to Briggs he was flicking through a music playlist.

“I might chuck this on now. Snoopy’s Christmas is a good one to kick things off don’t ya think?”