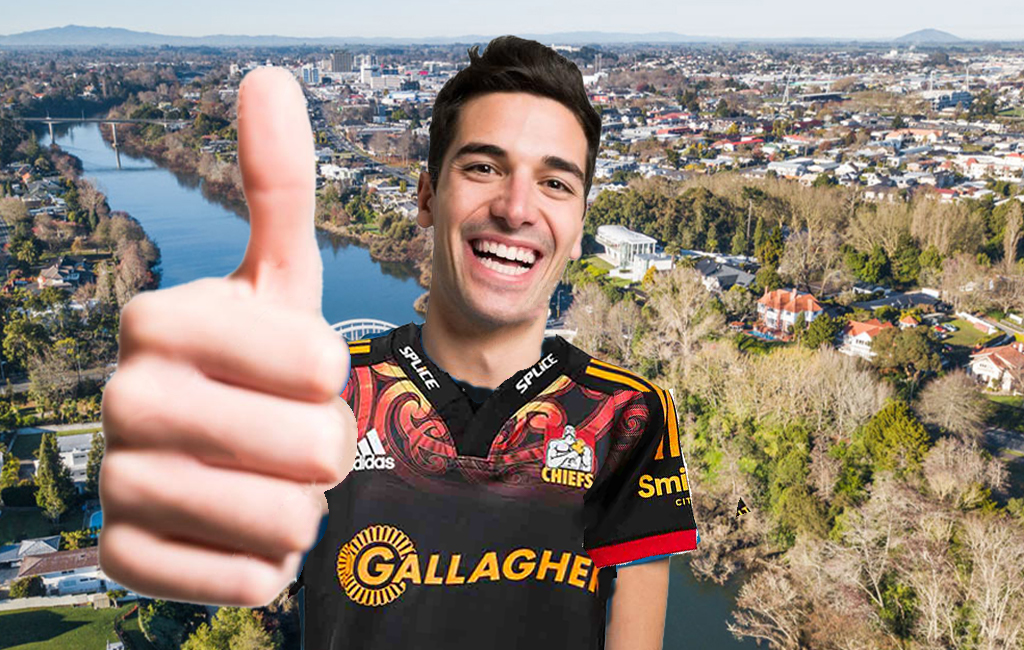 NOTHING WRONG WITH IT!

Ollie Fraser, 23, did all he really could for his hometown today.

The apprentice plumber, (currently living in Auckland) was under the pump, not with his day job, but because his co-workers were taking the piss out of him because of the fact he is from what many people believe is the most nothing place in New Zealand.

“Ha, what are you wearing that Chiefs jersey for? Are you from there? Gee that’s unfortunate,” said coworker Jay Holland as their smoko break got underway.

“Yeah from there originally. But nah Hamilton’s all good,” Fraser responded unconvincingly, also failing to back up his claim with evidence about how Hamilton is in any way good.

“Is it though? What can ya even do there?”

“Well I’m sure you’ve heard of the Waikato River? And we’ve got the Chiefs.”

It was at this point Ollie knew the other plumbers had lost confidence in him as he had failed to really provide any interesting insight to his hometown and why it would be an enjoyable place to live or visit.

In fact, he had only made reference to a well known river, and a rugby team that plays a handful of games at home for half of the year in front of average crowds.

Jay continued his cross-examination of Ollie.

“Well who hasn’t heard of that river. Yeah, Chiefs have been average for years now though. What the hell did you do there growing up?” laughed Holland, who has now realised he will be making daily jokes on this subject.

“Well there’s the gardens. But nah it’s all good though.”

Just as Ollie thought his piss take was over, Jay piped up again as co-worker Keaton Woods returned from smoking around the corner.