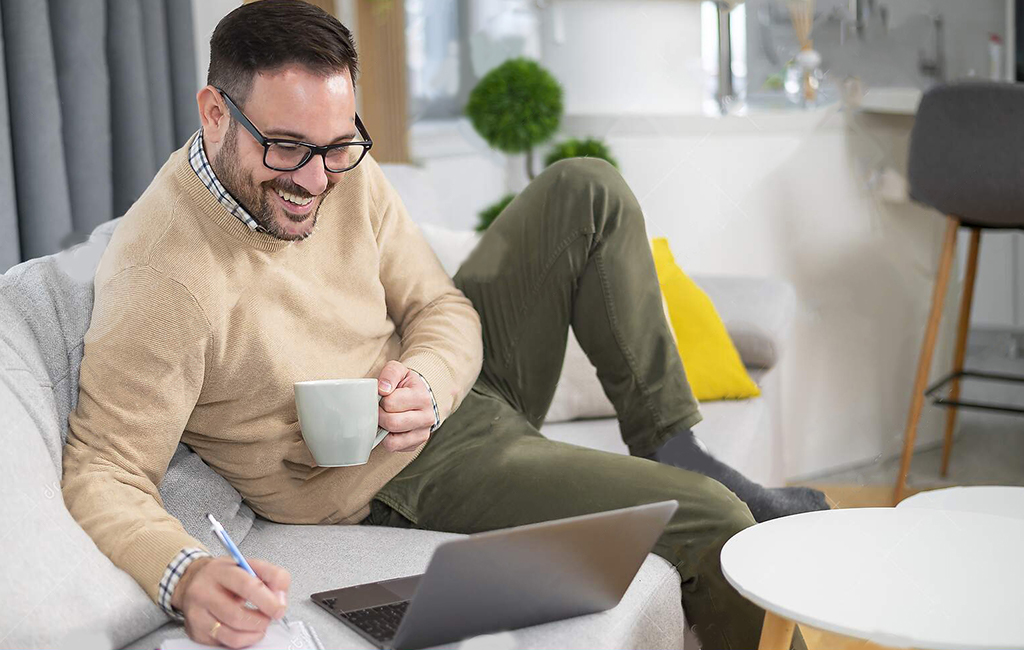 Wellington-based communications advisor Ben Jamieson, 33, has shocked and appalled his health and safety rep at the Ministry of Education, after a zoom call revealed his brazenly non-compliant work-from-home workstation.

“He was slouched on the couch, with his neck curled forward in a very tense position, shoulders hunched as he typed on his laptop keyboard. It’s like he hasn’t even bothered to book a virtual home workstation health and safety assessment!”, said Thompson as she blinked in disbelief.

“He’ll have a repetitive strain injury before he knows it. God, that’s the problem with this whole “work-from-home” nonsense, how are we supposed to manage every micro-detail of people’s work lives if they’re not in the office??”, asked the exasperated control-freak.

“So not only is he in a completely unergonomic position on the couch, then I notice he’s holding a coffee with no lid! What if he spilled it!”

Jamieson was not particularly phased by Ms Thompson’s protestations. “Yeah I told Gemma I’d sort out an assessment next week. But I mean she’ll probably get into a flap about something else by then and forget that she’s annoyed at me.

“I mean, this is a cushy work-from-home job tapping away on a laptop. It’s not like I’m working in a coal mine or anything”, Jamieson mused.

“To be honest it seems like the Ministry of Education are more obsessed with health and safety than most of the building contractors I’ve done labouring for.”