HOME FOR THE HOLIDAYS: Wall Socket In Dad’s Corner Of The Lounge Overrun With Kids’ Phone Chargers 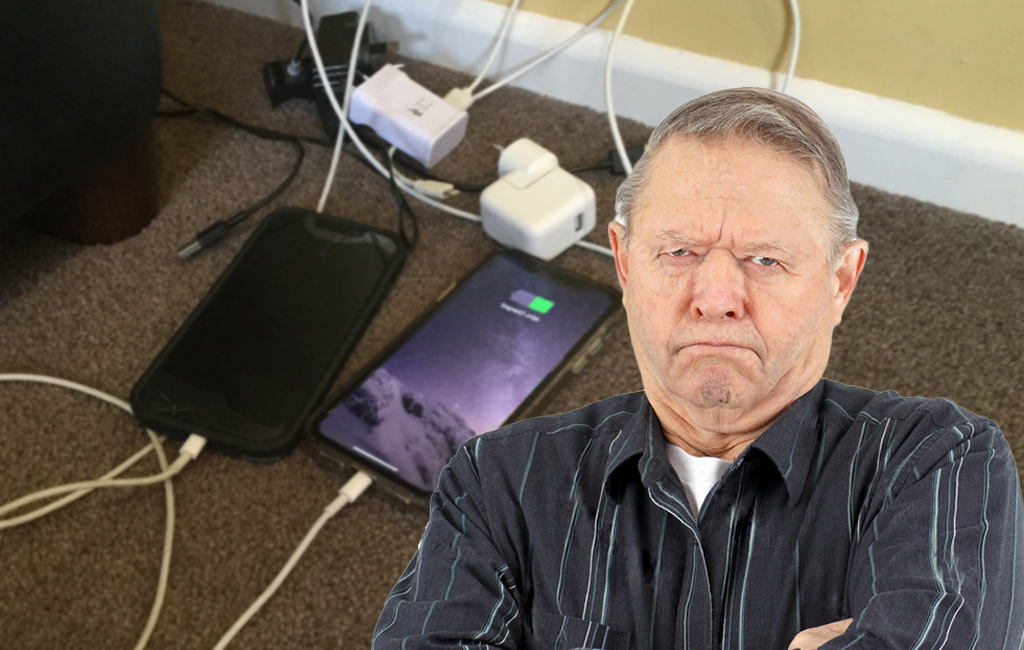 As Phil Burley sat down in his usual spot in the lounge, he happened to gaze down at what was usually a totally clear empty wall socket beside his lazy boy chair. To his horror, what he discovered instead was a jungle of unrecognisable cords and phones.

The father of four was ready to relax after two hours of gardening, and was thinking perhaps he could have a scroll through the news on his well-used iPad.

But before he could charge up his device, which had close to a dead battery, he was forced to bellow at his young adult children to clear their assorted devices out of his clearly marked relaxation zone.

“Grace! Aaron! Caitlin! Chelsea! Whose bloody phones are these? Can you take them away? I’m trying to charge my iPad here!” grumbled Burley, who was visibly annoyed that these extra chargers had encroached on his area.

“Dad, just leave it there, it’s only on 30%!” yelled 19 year-old Chelsea, who didn’t want to charge her phone in the hallway or the room she was staying in with her sister.

“Well can somebody get this other phone? Whose is it?” grizzled the agitated father as he began unplugging the other iPhone from the wall.

“It’s mine Dad, just leave it there a bit longer!” 21 year-old Grace yelled from the kitchen, who could have just charged her phone somewhere in her own vicinity.

Burley’s frustration at his children comes from the fact that his wall socket has been empty for almost the entire year, which is just the way he likes it. But with four of his kids returning home for a lengthy holiday period, the popularity of the two plug wall socket has skyrocketed.

As he went to plug in his iPad he noticed the specific cord needed for that device had somehow gone missing, causing further grievance for a Dad just wanting to relax after doing some chores.

“Aaron, Caitlin!” What have you done with my iPad charger?