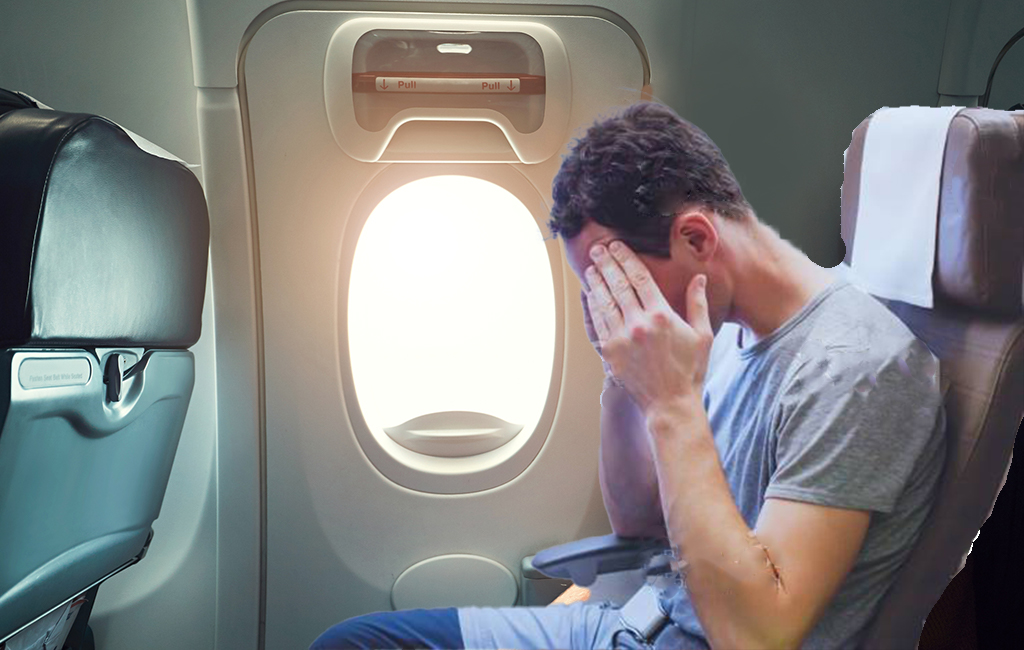 A LOT ON HIS PLATE ALREADY!

Nick Calder barely made it onto the plane on Sunday afternoon.

The 27 year-old from Christchurch was flying back from Auckland after a stag-do, which mainly involved a pub crawl around the bars of Viaduct Harbour.

As he dragged his lifeless body onto the plane he barely managed a smile while being greeted by the Air New Zealand flight attendant, who confirmed his seat was 10A.

Finding his seat and plonking himself down ready to doze off to sleep away the last of his bone cracking hangover, life pulsated through his body once again after being frightened awake by the flight attendant.

“Hi, are you comfortable sitting in the emergency row today?” asked Leah Mead who was full of energy and had a beaming lively smile.

“Oh, umm yeah, it should be fine,” lied Calder, who was in no state to help the plane’s passengers in the event of an emergency.

“Right well I’ll just get you to quickly look over this card then. Thank you very much.”

Fully knowing he was putting the plane’s passengers at risk by agreeing to do so, Calder looked at the card with glazed eyes for a few moments.

“How the hell is that door meant to open?” he muttered to himself, as the illustration failed to make it any clearer how exactly he would open the emergency exit.

With a total disregard for the safety of his fellow passengers, Calder tossed the emergency card aside, put on his headphones and dozed off, rolling the dice on whether the pilot would be forced to crash land the plane into the sea today.