Jaws Of Life Called Upon To Open Whittakers Peanut Slab 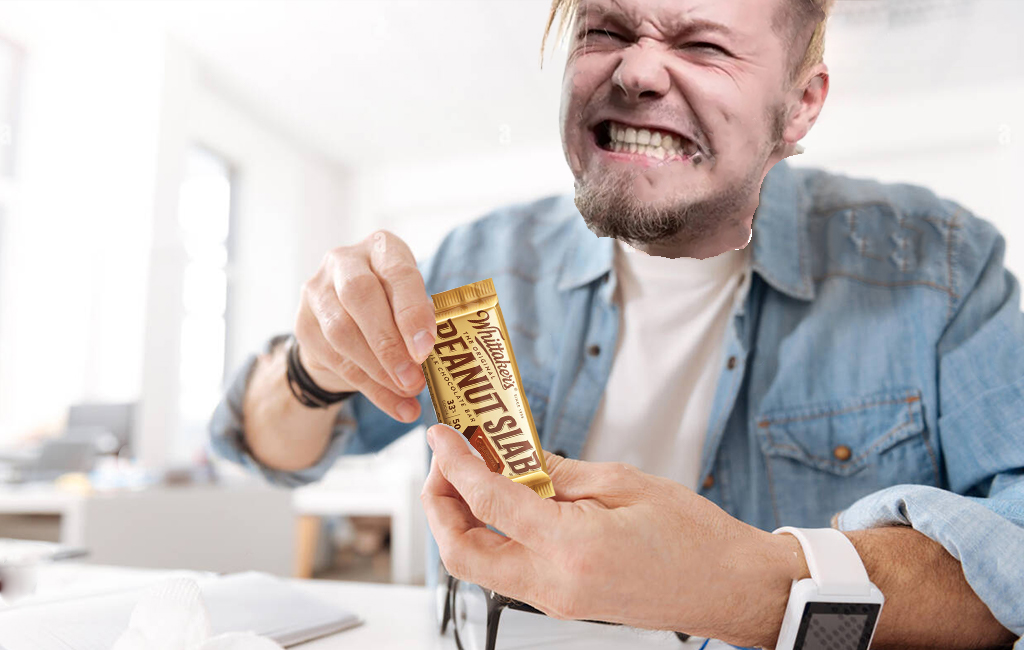 Jake Evans was no match for his Whittaker’s Peanut Slab today.

That’s because the 24 year-old retail assistant from Timaru did not have the physical strength or perseverance required to simply open the 50g chocolate treat.

“If you look at it, there’s literally no leeway between the wrapping and the chocolate. It’s near impossible to lift some of the wrapping away from the body of the chocolate,” Evans said as he showcased his struggles to open a slab provided by the Whakataki Times reporters.

“But if you go to the end, the ends of the bar have so little wrapping to even work with. It’s like the Peanut Slab is entombed in its own golden wrapper. I had no choice but to call for some help. Where’s the ‘tear here’ prompter when you need it?” asked Evans, who was visibility exhausted from previous attempts at opening the wrapper.

“At 2:47pm we received a call from Jake Evans, 24. The retail assistant at Postie Plus was out on his rostered break when we responded within 10 minutes of the call,” Holland said with authority to our reporters who listened carefully to the respected Fire Chief.

“Due to the circumstances surrounding Evans’ situation, the jaws of life were used in this emergency and we successfully opened the 50g peanut slab and handed it over once we were satisfied it was safe to do so,” Holland concluded.

Evans explained his relief at the local fire service’s prompt reponse to his emergency.

‘Well I’m glad they responded so quickly, they got here in time just before my 15 minute break finished, nothing like some milk chocolate and roasted nuts to help you with that final push to 5pm.