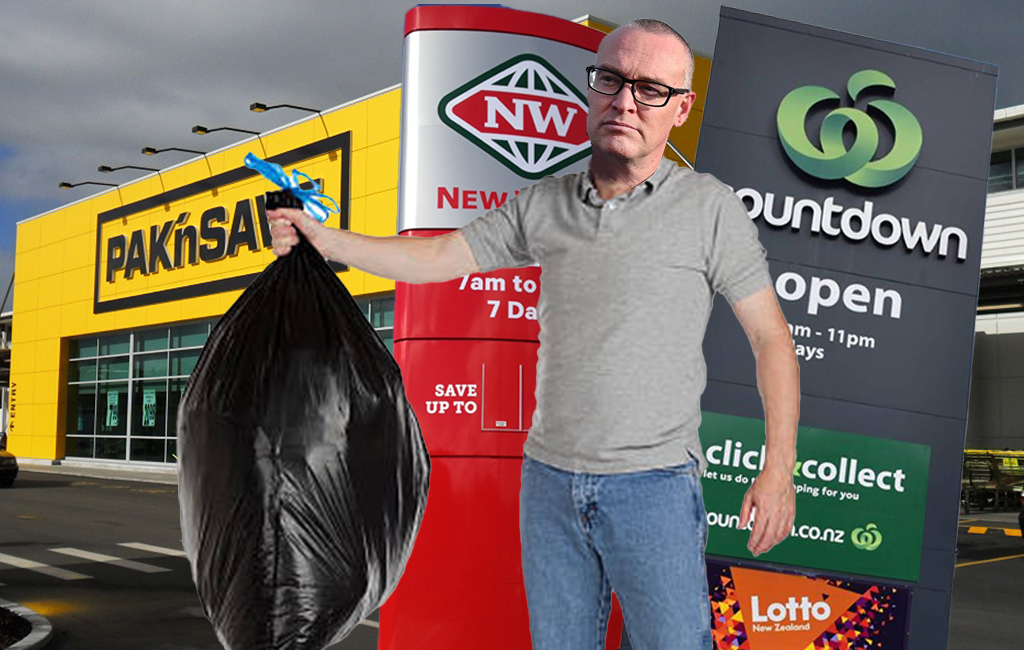 Consumer Affairs Minister David Clark is making the big plays at the moment.

Clark yesterday announced the new role of Grocery Commissioner to crack down on New Zealand’s supermarket duopoly. Labour have unsurprisingly talked a big game about making a real difference to kiwis’ grocery bills.

However despite the tough talk, Clark has been seen carrying a generous supply of wet bus tickets in a black rubbish bag, presumably for the incoming Grocery Commissioner to slap the supermarkets with.

“The commissioner will have the power to issue warnings and fines, which will make a real difference to grocery bills throughout Aotearoa,” said Clark before being questioned about the dripping bag of wet bus tickets in his hand. “Oh these? No, these are just for an arts and crafts project I’m doing with the kids. Bit of paper mache!”

“Usually I would just tear up newspaper for this kind of project, but the structural integrity you get from these bus tickets is hard to beat,” said the minister, scratching his head as his eyes darted left and right.

When pressed on where he got his supply of bus tickets from, Clark explained that he was forced to travel to Whakataki as Wellington buses have all moved to using electronic Snapper cards.

“I jumped on my trusty mountain bike and rode it all the way to Whakataki. They do things the old fashioned way there, none of that Snapper card system,” Clark said as he filled his backpack with the tickets, which definitely won’t be used to gently reprimand the big supermarkets.

It will remain to be seen how effective the Grocery Commissioner is at bringing down the cost of living for everyday kiwis. Now that Labour’s into the second half of its term, it’s fair to say that the pressure is on to actually achieve something.