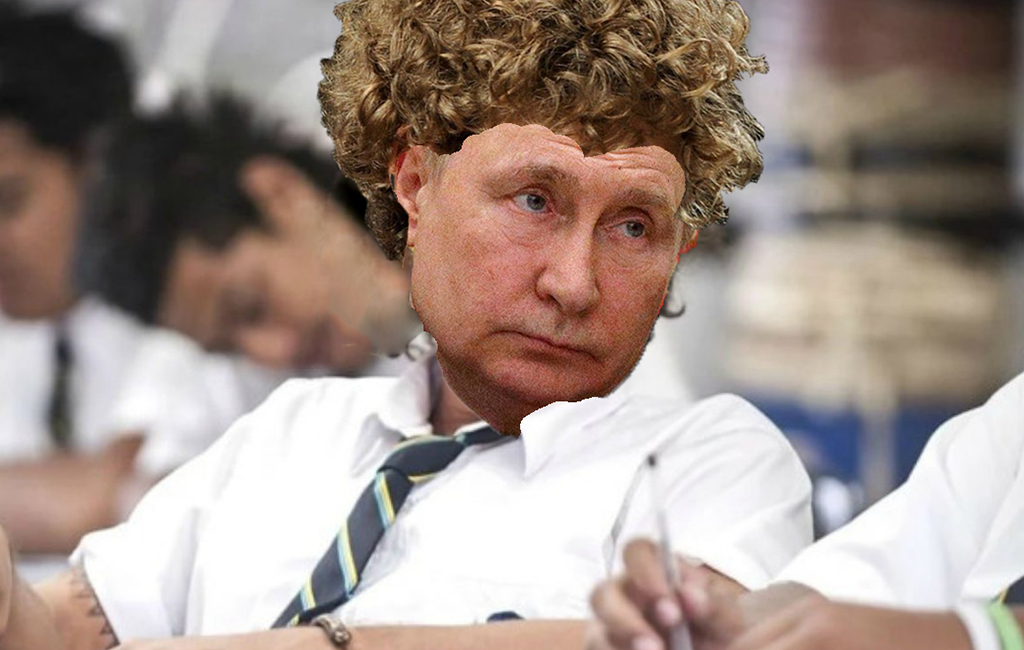 BUT IT WASN’T ME MISS

Whakataki High School student and well-known liar Victor Peterson has denied allegations that he punched and kicked Umar Kranston, a new Year 9 student, three years his junior last week. This was despite multiple witness accounts that he bloody well did.

“He punched himself miss! He’s trying to make me look bad!”, claimed the self-perceived victim.

When his teacher pointed out that ten different people saw the whole thing happen, he changed his story significantly. “He hit me first miss! I was just defending myself!”

The Whakataki Times understands that Mr Peterson is well known for having his own version of the truth, and has now reached a level of deviance where he actually believes his own lies, effectively distorting his view of the world completely.

When asked by our reporters, Peterson had a “perfectly logical explanation” for how he could have got in trouble for a crime he didn’t commit. “Everyone else who claimed they saw me hit that kid is just lying and they’re all against me”, explained the extremely unpopular Year 11 student.

Peterson’s mother, Angie Peterson, says that Victor is a shy, quiet boy who gets picked on a lot at school. “Oh it’s terrible what’s happening to Victor and the school does nothing to punish all the people who have been bullying him!”, said the 45 year old single mother of one.

“It’s like I have to go down to the school every week to defend my sweet, innocent little boy!”

Year 11 Dean, John Granville has recommended psychological help for Victor, but so far he and his mother have not taken this advice. “It’s quite scary really when you’ve got kids like this who really do live in their own little world. Imagine someone who’s thoughts and actions are all completely opposite of what’s going on in the real world.

“Imagine if someone like that had control of an army or nuclear weapons!”

The Whakataki Times can confirm that following the incident, Victor mysteriously suffered a black eye and broken nose, which coincided with Umar Kranston’s older brother Nate returning home from a First XV exchange trip. The school will not be following up on the matter.