LABOUR DOWN AND OUT: Hosking Buys Fresh Pair Of Doc Martens To Stick The Boot In Tomorrow Morning 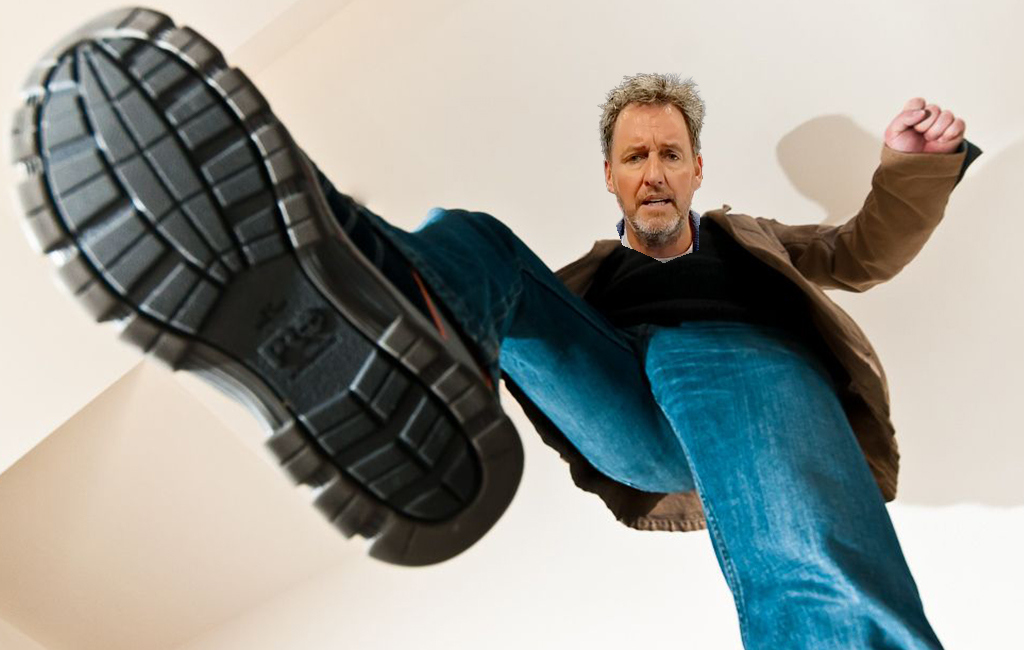 FOOT ON THE THROAT TIME

Conservative talkback host Mike Hosking has a spring in his step this evening as the latest Kantar Poll shows National holding steady at 39%, with Labour dropping 2 points to 35%.

Earlier in the day Hosking had a good feeling that he would be getting the poll result he wanted, so much so that he went to Westfield shopping mall to try and find some suitable footwear for sticking the boot into Labour while they’re down.

After an hour of browsing, Hosking emerged from the Dr Martens store with a brand new pair of big black “fuckoff” boots.

Dr Martens retail shop assistant Emma Wilton groaned as she recalled the right-winger entering the shop earlier today. Although generally annoyed, she couldn’t help but notice the raw, animalistic energy he vibed into the atmosphere.

“Urgh, rich old white man trying to look younger than he is by wearing Doc’s. My dad listens to his mouth-garbage on the radio all the time,” said Wilton as her eye-roll just about took out half the ceiling fixtures in the store.

“Although…” she paused as she played with the bull ring that connected her two nostrils. “There was something about his energy that was kinda great. Quite exciting. Like he’s fired up about something,” she mused while biting her bottom lip.

“I guess I can see why old people like him”, as her eyes flashed into a momentary sparkle.

This isn’t the first time Mr Hosking has exhibited unusual behaviour in response to a poll result. When National passed Labour for the first time earlier this year he famously got no sleep that night and arrived at work three hours early out of pure excitement.

Hosking was not available to comment on what his technique will be for putting the boot in tomorrow morning, but from all accounts he looks like a stomper.