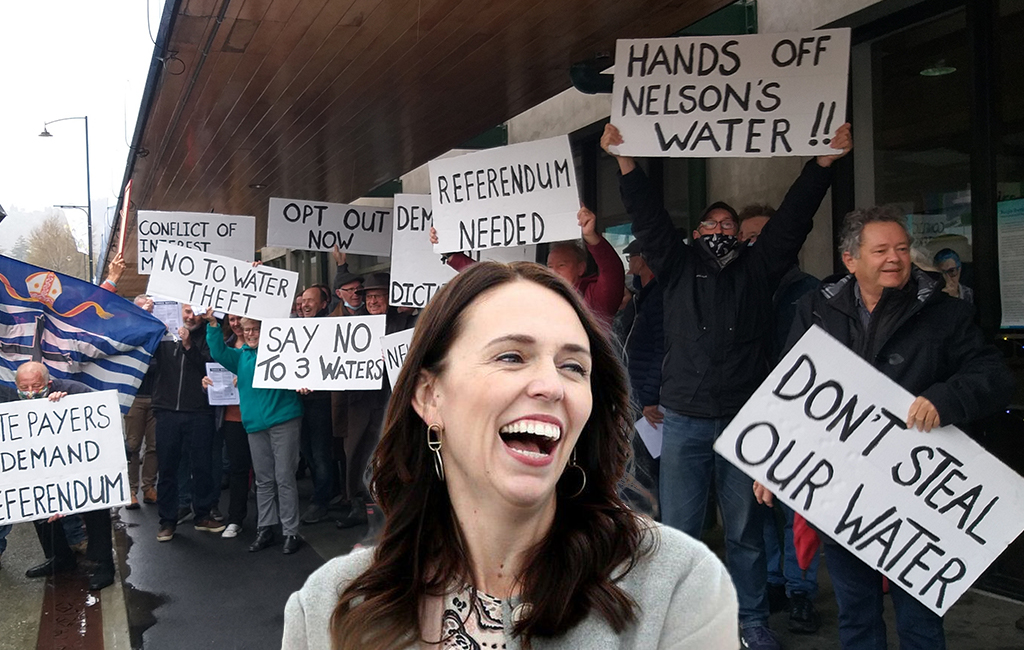 Prime Minister Jacinda Ardern and Local Government Minister Nanaia Mahuta have had an absolute gutsful of doing this bloody government thing, so have hit the Three Waters go-button, effectively ending their local political careers so they can bugger off to new jobs at the UN.

The Labour Government have had their wildly unpopular “Three Waters” bill pass its first reading, in what would be an inexplicable move for a party that actually wanted to be in government.

Radio NZ reported the news of the bill passing its first reading, while TVNZ interestingly decided it wasn’t important enough to report.

The Three Waters bill will take the management of water away from local councils and give it to four new entities, something the councils are understandably filthy about. The change would fundamentally mean instead of ringing the council when you’ve got a problem with your water, you might have to ring a great big “entity” 300 km away, who might slowly try and sort out your problem over weeks and months.

Local amateur politics commentator George Rowland says it looks like Labour has either lost the plot or lost the will to live. “Sooo there’s an election next year, National have said they’ll repeal this when they get in, what’s the plan here?

“They either think New Zealanders are so dumb they’ll forget about this before the election, or they just don’t want to be in government anymore,” said a bemused Rowland.

“I guess with most jobs if you get sick of working somewhere you can just find a new job and then quit. Can’t really go applying for jobs as prime minister in other countries can you?”

With New Zealanders generally sick of putting up with Labour through this pandemic, pushing this bill through is like the final nail in a very secure coffin.

National’s local government spokesperson Simon Watts said that the bill “was a 134 page severance letter to Labour’s back bench.”

The Whakataki Times reached out to Ardern and Mahuta for comment, but they were reportedly last seen tucking into a couple of bottles of pinot, while browsing the job ads on Seek.