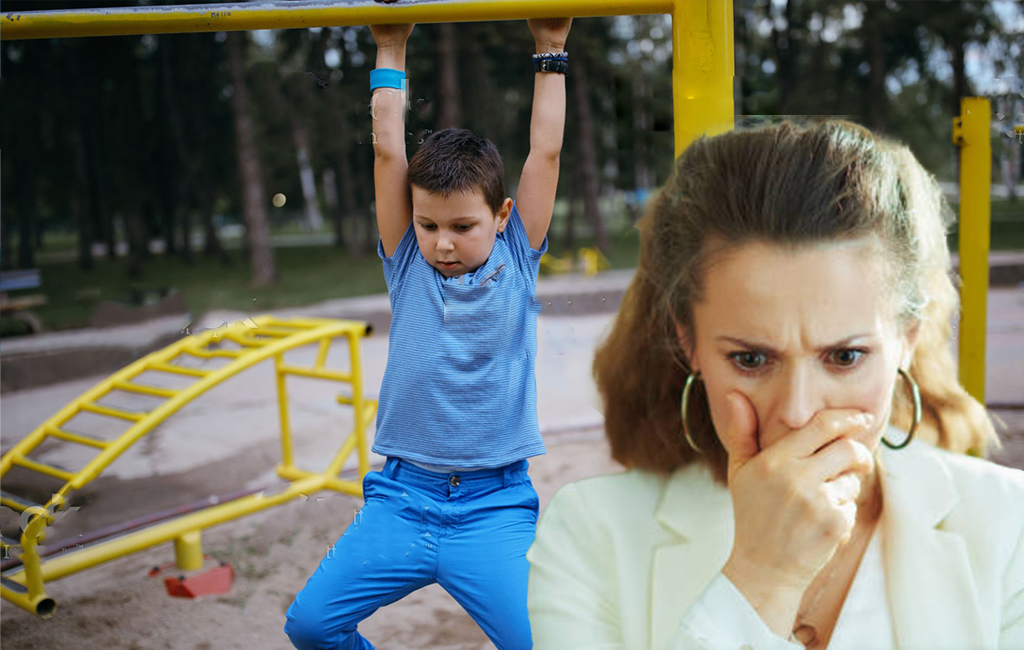 A Whakataki Normal School student has finally been picked up from school, after concerns were raised by another member of the school community. The witness made serious allegations of parental neglect, as the boy was made to wait for his mother on the monkey bars well beyond 3 pm.

The Whakataki Times was contacted at 3.29pm today by the unnamed witness worried that 10-year-old Zachary had not been collected from school by his mother, a woman known by locals for her punctuality and low opinion of tardy parents.

The source explained they were “extremely concerned” for the room 12 student, who had resorted to scavenging fruit and unbranded snack bars from the bottom of his backpack.

When Times reporters arrived at the scene, Zachary was shaken and confused. Asked if he knew of his mother’s possible whereabouts, Zachary struggled to verbalise his feelings, simply mumbling, “I dunno,” before shocking reporters with a death-defying backspin.

Poor Zachary was so traumatised by the event that it appeared that he had lost all sense of time. When asked, it was as if he had not even noticed how long he had been forced to wait. “Mmm dunno,” he said again, not noticing that there were no other children around him waiting to be picked up.

As our reporters waited for some sort of comment from the boy that could help them paint him as a helpless victim of neglectful parenting, he suddenly exclaimed, “Watch this!” and flicked his legs up to the top bar and dropped his torso to an upside down hanging position, poking his tongue out.

Psychology expert and PTA mum, Cheryl Taylor, was on the scene. Offering her take on the incident, she suggested  Zachary has been left with serious attachment issues. “Half an hour is a long time in the life of  a child. It’s very likely that Zachary will never trust another person again,” said the self-appointed moral beacon of truth and light.

When asked if the disorder could be treated, Taylor was optimistic but noted, “Zachary’s mum is a piece of work, I’m not sure I’d want to be attached to her anyway.”

Zachary was collected from school at 3.34pm by his mother, who had allegedly been stuck in traffic. She refused all invitations for an interview but has since issued a statement saying, “get a ******* life, Cheryl.”