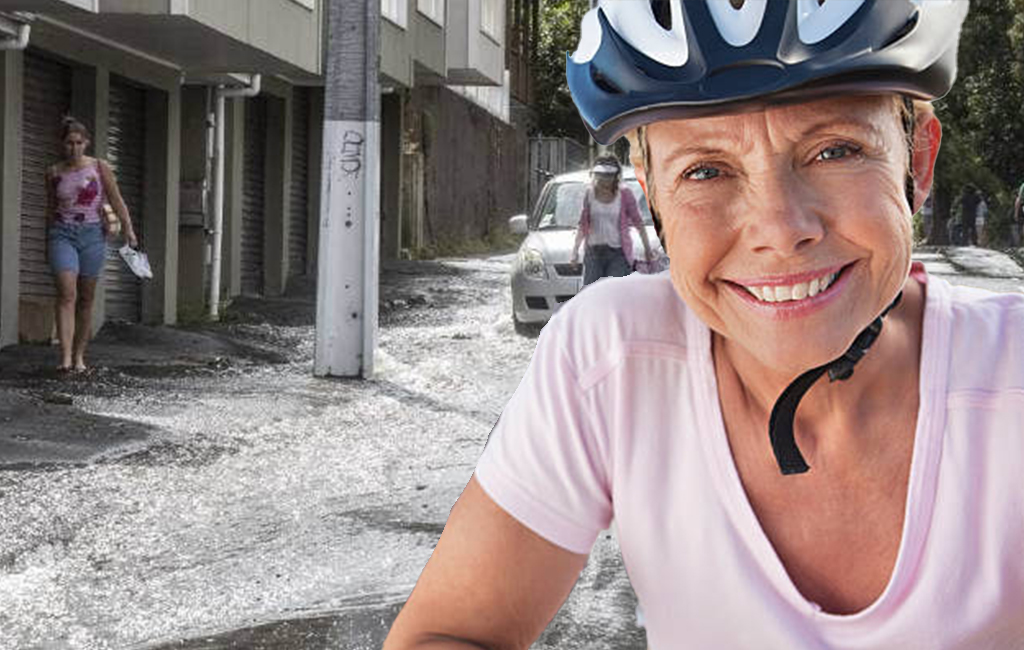 NO NEED TO FIX THE PIPES

Latecomer to the Wellington mayoral race, Jolie Davidson has put forward an interesting new plan to make use of the massively expensive and massively underused cycleways in central Wellington.

Davidson’s plan will take pressure off the capital’s water pipes, by turning the existing cycleways into open sewers, creating literal rivers of shit in the city.

“It’s an option that no one wants to talk about right?” Ms Davidson told the Whakataki Times. “Everyone’s talking about fixing the pipes and not spending more money on cycleways. Why not put the current cycleways to good use?

“The few people who are using the cycleways to cycle to work don’t need to worry either. We would make the infrastructure multipurpose. Cyclists might have to just ride through a bit of poo every now and then,” she explained while our reporter dry retched.

The late entrant to the mayoral race joins current mayor Andy Foster, along with the other two frontrunners, Labour’s Paul Eagle and the Greens’ Tory Whanau.

Foster’s plan for the pipes includes fixing them, which is happening currently, while the other two believe the answer is to throw Three Waters money at it, which is a grossly unpopular Labour plan to overhaul water management nationally, something that they refuse to talk about.

“It’s an idea no one wants to talk about! I say put it to the voters, let the people decide,” she said confidently.