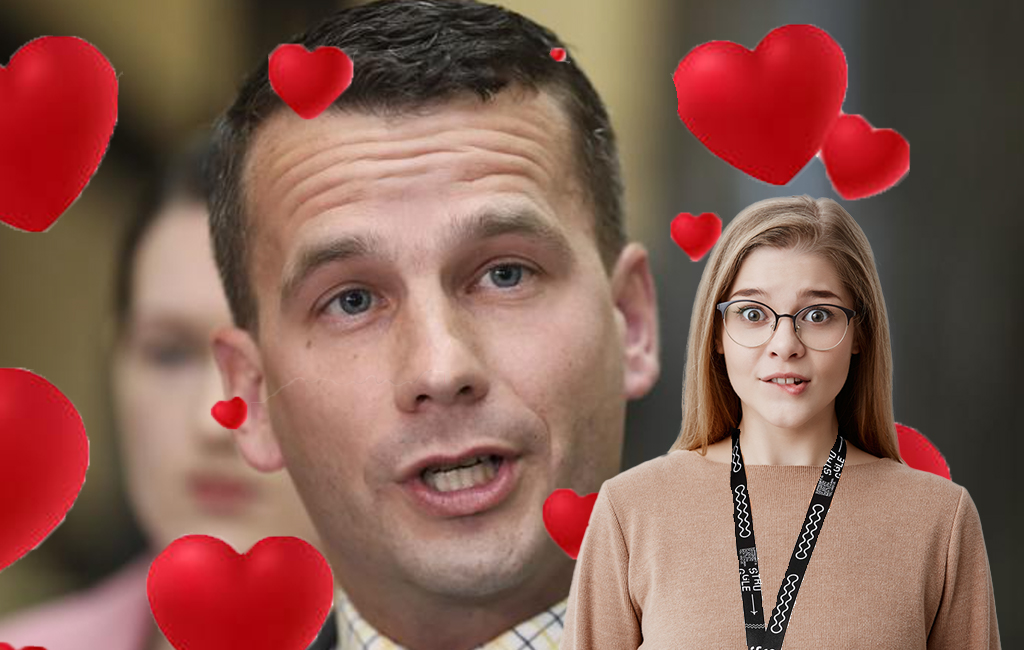 Ruby Galbraith is a woman who has been living in complete denial.

The freelance reporter for RNZ and The Spinoff has reluctantly admitted she has long been tortured by her secret crush on ACT leader David Seymour.

Our reporters spoke to Galbraith inside Parliament’s press gallery.

“I mean, he may be a weird little privileged white man, but at least he doesn’t take himself too seriously right? Like who else would twerk on national TV?” Galbraith explained, making reference to his twerking on Dancing With The Stars.

“I disagree with basically all of his policies as it doesn’t fit my left wing agenda, nor will they get me anywhere in my Twitter echo chamber, but there’s something cute about how he’s just so goofy. How does nobody else feel like this?” explained Galbraith, finally feeling a sense of relief.

Galbraith explained her crush on Seymour didn’t just start when she entered the political gallery at the Beehive.

“Ever since I saw that 2014 campaign video of him repeatedly saying ‘Hi” and then “I’m David Seymour”, I haven’t really been able to shake my secret obsession with him. Not that I can tell my RNZ mates or anyone in my Wellington friend group that.”

Galbraith then finally started to let it all out.

“Even when he talks about solutions for primary industries, scrapping the Three Waters bill, and fixing NZ’s housing woes, I’m honestly just listening to his monotone voice and picturing myself living a happy carefree life with him.”

“I was even weirdly jealous when he had around 40,000 of those Russian sex bots follow his Instagram page. Like honestly, I was getting jealous of women that didn’t even exist.”

Galbraith then went bright red as Seymour walked past her in the Parliamentary press gallery and said “Hi!”