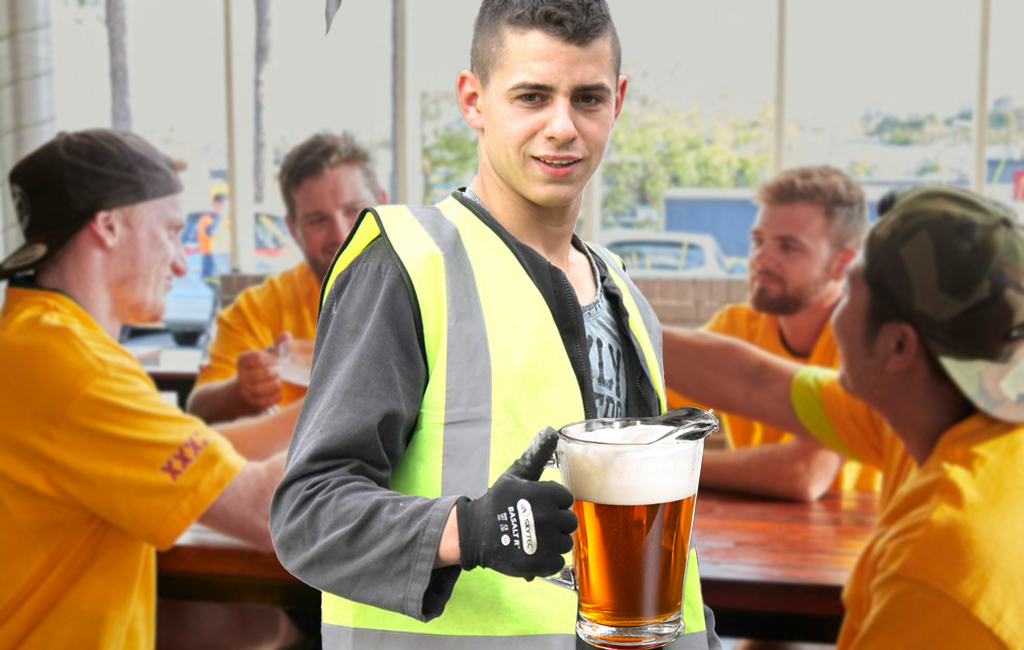 It had only ticked past midday, but Keaton Johnstone couldn’t wait until 4:30pm arrived.

The distribution warehouse worker from Christchurch was already eyeing up one particular local watering hole to head to as soon as they knocked off.

Our reporters were on scene as the conversation unfolded.

“Let’s just go for one after work, we’ll head to Temp’s Bar. It’s payday after all!” said the 22 year-old, who had just seen his wages go into his bank account.

“You say that every week, let’s just wait til Friday man,” replied Chris Hall, who’d witnessed multiple pay cheques being blown only hours after entering his colleague’s account every Wednesday.

“Nah honestly, let’s just make it one and be done with it, we’ve earned it today,” Johnstone lied, doing the bare minimum after arriving at work half an hour late due to the bus apparently running behind schedule.

“Bro, come on. You blew like $100 on the pokies after a few last week. Just save it, you’ll need it for the weekend. I don’t wanna have to spot you again.”

As 4:30pm rolled around, Johnstone and Hall were also joined by three other co-workers.

Our reporters then joined the distribution workers who had most definitely earned their $11 jugs of beer.

“Earned this one today lads” said Johnstone, finishing a puff of his vape and taking a decent scull directly from the jug.

An hour and half later Johnstone was seen stumbling to the bar’s ATM with his third jug in hand, withdrawing cash for the pokies.