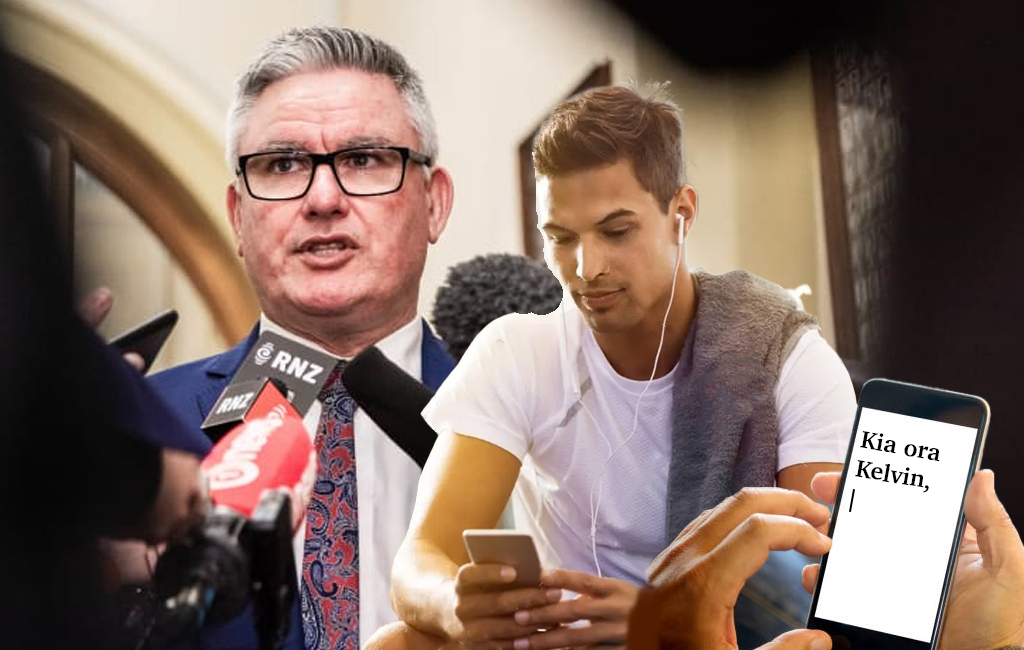 JUST TO BE SAFE

Small business owner Zane Williams, 31, has always been proud of his Māori heritage, but he is now questioning whether he is in fact Māori enough to call himself Māori.

Just to make sure that he is still allowed to carry on with the identity he’s had his entire life, Mr Williams has taken the extra step of emailing Labour’s leader of the Māori caucus, Minister Kelvin Davis.

This comes following the revelation that Minister Davis is in fact the supreme judge of whether a given Māori person has the correct thoughts and attitudes to be considered “sufficiently Māori”.

“Well look, I’ve been going around my whole life telling people I’m Māori because of my grandad who told me all about the Māori side of my family. Imagine if I found out that my personal attitudes and beliefs were not Māori enough for Mr Davis!

“Imagine how embarrassing that would be! I could be walking around with vanilla contact lenses in!” said the secondhand goods dealer incredulously.

“It’s lucky all this has been brought to my attention because I have now flicked an email to Minister Davis, just asking whether he thinks I’m up to scratch or not.

“I just told him about my family tree, pointed out that I’m not into politics much usually, would rather the government just left me alone. Mentioned my business that I built from the ground up,” he said.

“It would be a shame if living my life this way was not Māori enough for Mr Davis, but it’s better if I know so that I can do something about it.

“It’s actually crazy that more Māori people don’t know about this. Who knew that there was one correct way of thinking and living your life if you consider yourself Māori? Here I was stupidly thinking that we’re all individuals!” he laughed as he checked to see if Minister Davis had emailed him back.