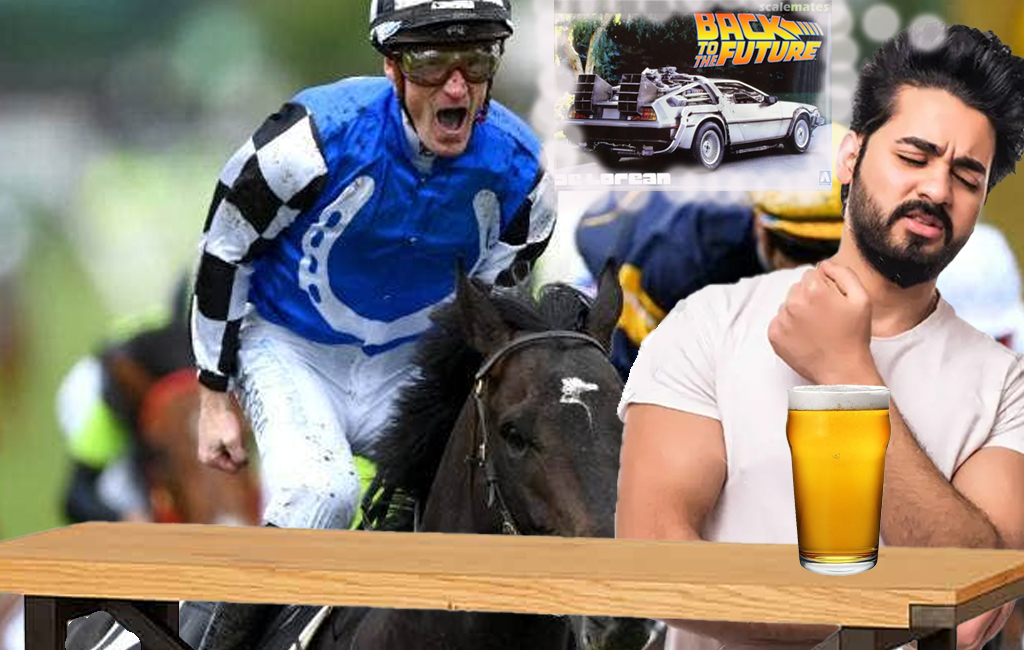 BACK TO THE FUTURE

After another soul-deadening Melbourne Cup, Hutt Valley mechanic Joel Rolleston has walked away with an empty wallet and the familiar wish that he could bend the laws of time and space.

“Farrk I wish I had a time machine ay. You just don’t really know which horses to pick until the race has been run!” Rolleston proclaimed in a moment of realisation.

Zane Gainford, a workmate of Rolleston’s who had followed him down to The Tote to watch the big race, pointed out the obviousness of this thought, while simultaneously wishing for the exact same thing.

“Yep, well, if we knew what the result would be then it wouldn’t be gambling would it.”

Rolleston was unperturbed by the rebuke he had just received from the man who was his equal on the workshop floor. “Imagine that though, just knowing exactly which horses would come in because you’d already seen the race. Hop in that Delorean, write down some results from the future, come back and put some bets on!” he described excitedly.

Gainford’s eyes ascended towards the ceiling in frustration. “You know that the bad guy in Back To The Future 2 did that exact thing right?” he questioned. Both men were millennials, so the Back To The Future films were technically before their time, but Gainford thought that his counterpart must have watched the films if he was going to make a Delorean reference.

“Oh did he? I haven’t actually seen that one,” said Rolleston.

“Yes, man! The bad guy Biff has a book with all the sports results from several years, goes back in time and gives his younger self the book so he can bet on all the winners. Far out, you’re talking about Deloreans but you don’t actually know what you’re on about,” lectured Mr Gainford, letting off some of the anger he held about being just as good at picking horses as his workmate was.

In one final act of desperation, the pair disappeared into the gaming lounge, seemingly in an attempt to dispose of their last remaining two dollar coins.