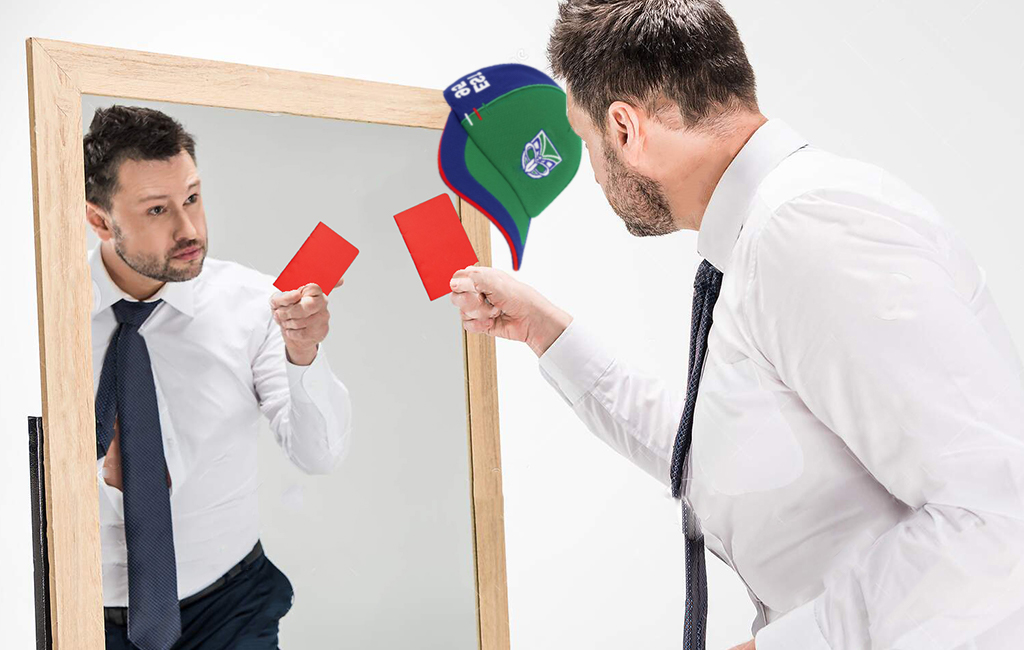 OUT OF SIGHT OUT OF MIND!

Whakataki local Ben Squire, 27, has been left with no option but to slap himself with a four week ban from watching the Warriors in the NRL, in the hope that it will improve his state of mind and overall wellbeing.

The drastic measure comes after an embarrassing defeat to a 12-man Sharks team last week.

“Banning myself is absolutely justified because I need to be punished for foolishly showing faith in them. They somehow lost what looked like an un-losable game,” groaned a dejected Squire, who was experiencing the same familiar symptoms every Warriors fan has been having of late.

Squire then continued to agonisingly relay the game’s result to the Whakataki Times reporters.

“The opposition literally were a player down – and at one point they were two players down. Their performance is an insult to club-level players. They scored zero points for the final 60 minutes of the game!” he shrieked, doubling down on how diabolical the Warriors performed despite their huge numerical advantage throughout the game.

The Whakataki Times spoke to psychologist Dr Simon Miller about the fragile state of the average Warriors fan at the moment.

“It’s not even a knee-jerk reaction now. Warriors fans are now calmly realising that watching their team put in mindless performances is seriously damaging their mental health and wellbeing,” explained Miller, who has seemingly heard the same cries from other patients of his.

“Losing 70-10 to the Storm, coming back with a dramatic golden point victory was confusing enough for anyone to process. But this performance was so baffling it has left many fans physically ill and wanting to remove themselves from reality.”

Mr Squire has now allegedly taken things a step further by immediately cancelling his Sky subscription so he can’t return from his four-week suspension early even if he tried.