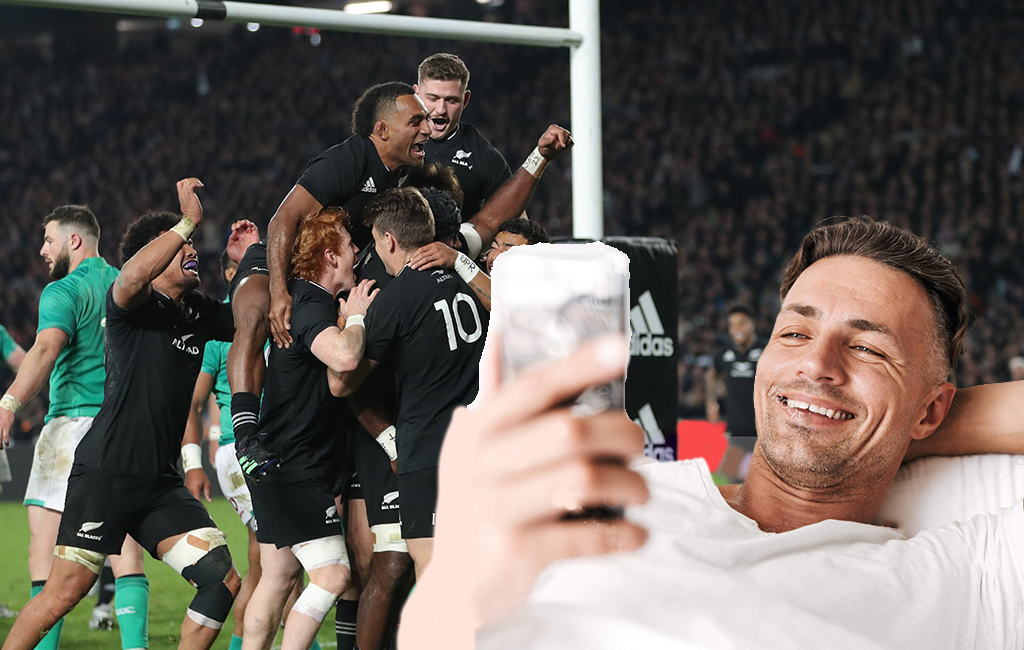 HOW GOOD WERE THE BOYS?!

Lachie Keenan is usually reaching for panadol at 10:13am on Sunday mornings.

But instead of reaching for something that would usually cure his bone cracking hangover, the 38 year-old builder reached for his phone with a smile on his face and re-watched the highlights of the All Blacks 42-19 win.

‘Gee, had to watch this stuff again. Man, a shaky start, but how good was that final 20 minutes of the first half?” he chirped to the Whakataki Times reporters this morning.

Keenan had deleted 12 beers with friends last night, but instead of feeling sorry for himself today, he was extremely chipper and even had recollection of important parts of the match.

“How good was Aaron Smith? Man, once again cementing his spot as the best halfback in the world. The vision to spot that space in behind!” he said, while watching Smith’s kick that led to Ardie Savea’s first try.

Tossing down his phone, Keenan then enthusiastically recalled the second half in great detail to our reporters.

‘Oh Ireland had their chance to claw it back early in the second half didn’t they? They should have taken their opportunity from that penalty, but didn’t. Then bang! Ardie Savea straight through ’em all!  35-12 with half an hour to go. Classic All Blacks!” Keenan explained, casting aside any doubt that he was even remotely hungover.

Instead of calling in sick tomorrow, Keenan is looking forward to going straight to the job he’s working on and inflicting some pain on the Irish sparkie on-site.