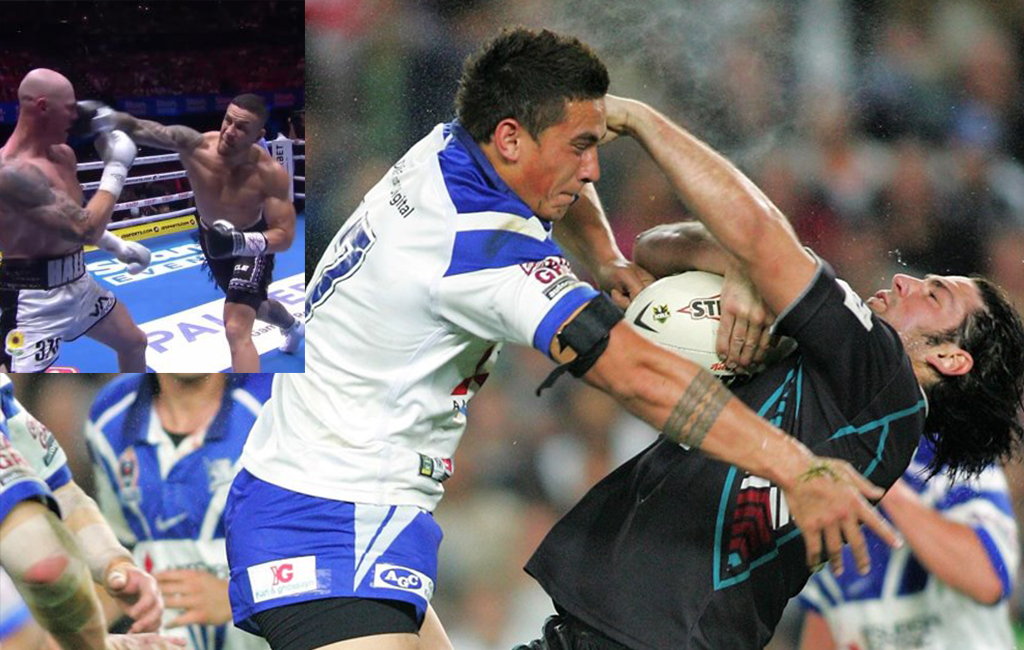 Mark Macfarlane, 32, has felt like he’s wound back the years today.

“Ha geez, did you see that knockout from S-B- Dub last night?” Macfarlane asked with a glint in his eye to the Whakataki Times reporters.

“It takes me back to when he’d do the same with the Doggies,” he chirped while typing ‘SBW’s biggest hits’ into YouTube.

Sonny Bill Williams (or SBW as he’s known to most pundits), had a glamorous career across multiple sporting codes, which included titles with the NRL’s Bulldogs and Sydney Roosters, Chiefs in Super Rugby and two Rugby World Cup victories with the All Blacks.

But it was between 2004-2008 where SBW made his name through a barrage of shoulder charges on opposition players, which have since been outlawed.

Macfarlane, who was in his early teens when SBW exploded onto the scene, explained how last night’s knockout took him back down memory lane.

“The aggression, the physicality, the fitness. You saw last night how much he takes care of his body. OH DID YOU SEE THAT! Man you forget that stuff was all legal!” Macfarlane said quickly pointing to the low-grade YouTube quality video of one of SBW’s shoulder charges from 2004.

The life-time NRL tragic now has a glimmer of hope that SBW may even return to the sport after jumping between all sporting codes for over a decade.

“That door has always been open and so it should be. Gee, those punches look as on point as his shoulder charges back in the day.”

“He walked out on the Bulldogs in 2008 to pursue a career in rugby union and boxing, so I guess you never know with S B-Dub”  Macfarlane concluded, while watching the last of  ‘SBW’s biggest hits’ in low resolution.