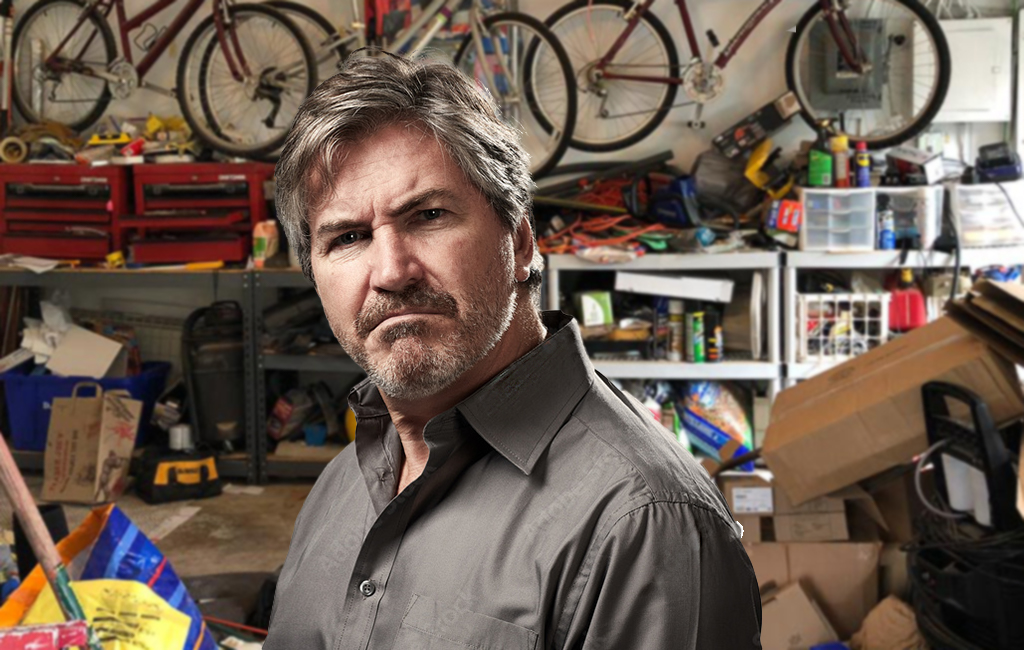 WILL GET ON IT SOON

Carl Miller knows that things are easier said than done.

That’s because the Whakataki father of three has been saying he’ll get onto the continuous mountain of mess that has been growing in his garage for most of the year.

Our reporters spoke to the 49 year-old who has been continually under the pump about the state of the garage, which at times is largely not his fault.

“Oh, are you guys here about the mess in the garage? Yeah, yeah I know. It’s been getting away from me again. Just give me until next Sunday, it’ll be cleaned up by then,” said a frustrated Miller, who once again was just left staring blankly at the kids bikes, tools, camping gear and reusable shopping bags sitting randomly sprawled out across the garage that would preferably be clear of any mess.

Miller’s wife Sarah also shared her thoughts to our reporters.

“I just don’t get why he can’t clean it up? He honestly goes in there each weekend and says to himself ‘Right, time to sort this out,’ which is usually him just standing there looking at all the mess and then walking away minutes later and sometimes even leaving it in a worse state. I just want him to bloody sort it out, it’s getting worse by the week!”

Carl then had a different take to why the garage was in such a state.

“Well I don’t know why, but those bloody kids of mine seem obsessed with just tossing their empty shoe boxes in there like they’ll need them for some future date. My wife’s obsessed with collecting reusable shopping bags and some of the kids just love dumping their muddy football boots in there.

“Then of course we’ve for some reason collected every single cardboard box that has had some kind of appliance in it. Along with all the styrofoam packaging,” he said, shaking his head.

“I don’t know why I’m the one who’s solely accountable for the state of it. Everyone else treats it like a tip!”

“Look, I promise I’ll take all of the stuff that we don’t need to the dump next weekend and tidy the rest up.”