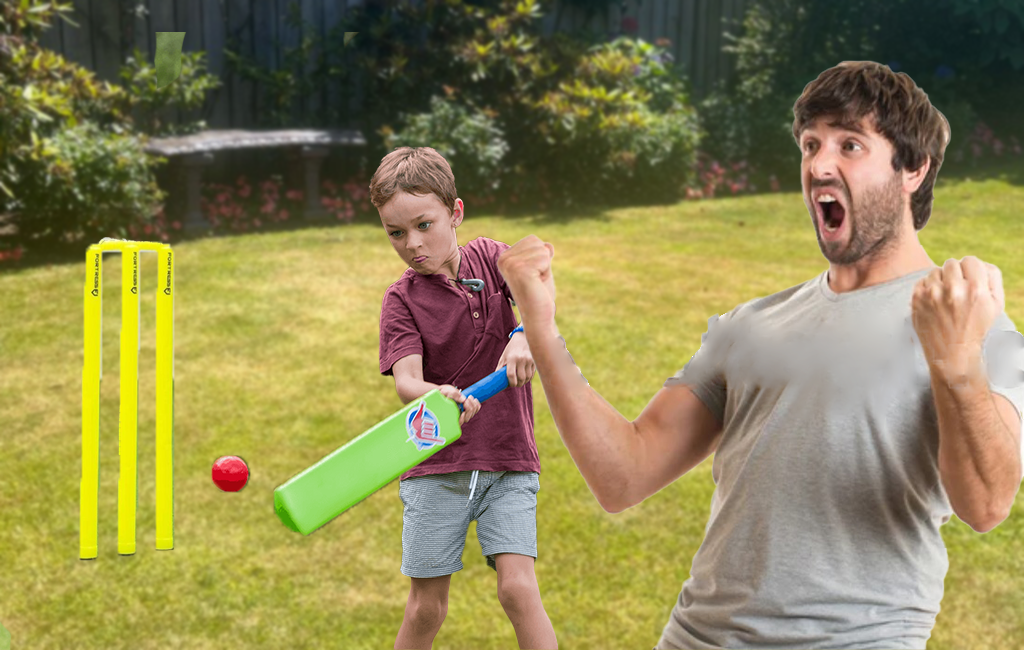 Mark Grover’s eyes lit up when he saw six year-old son Jackson walk up to the crease in today’s Boxing Day BYC match.

The 41 year-old father of three was already showcasing some scary form after dismissing his two other children, 7 year-old Poppy and 9 year-old Ollie, in the previous two deliveries.

Our reporters were in the Grovers’ backyard for the hat trick delivery, watching Mark steam in off an unreasonably long run up.

‘Got emmmmm!! Yes on your way Jackson! Hat trick for ya old man! Still got it!” celebrated Mark, who was going way over the top after clean bowling his small child, who has barely ever held a cricket bat in his life.

Mark’s wife Kylie, who saw the carnage unfold from inside, was quick to reassure her three children that they could “have another go” and for Mark to “settle down, they’re only children for goodness sake.”

“What on earth is he doing hurling those balls at them like that? When I got them a cricket set for Christmas this was not what I had in mind. My husband is meant to try to encourage them to play, not put them off the sport altogether,” Kylie said, while evil-eyeing her husband.

“Oh come on Kylie, they’ve gotta learn. What better way to learn than off your old man who can still bowl like he can play senior ones.”

As our reporters sought comment from the children, two of them were seen crying nearby, while Jackson was still standing there like a stunned mullet holding his bat wondering why his Dad was celebrating so much.