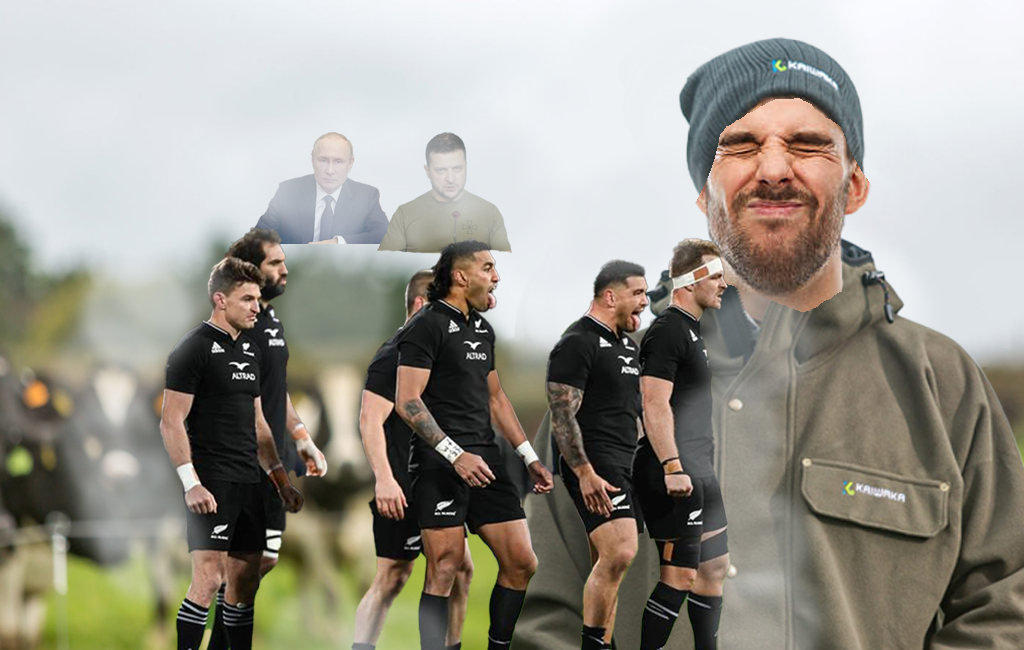 With the passing of Queen Elizabeth and World War III just around the corner, Palmerston North man Jordie Carson has intelligently chosen to re-focus on issues closer to home.

Carson is pushing the confusing state of the Ukraine conflict to the side for now, so that he can instead get excited about Saturday night’s All Blacks match against the Wallabies. A win for the All Blacks will likely give them the Rugby Championship title, assuming South Africa don’t absolutely thrash the Argie Bargies.

“God, I stupidly watched the news tonight. On a Friday night! Should’ve been at the pub for god’s sake!

“Depressing stuff. Nothing about the Queen’s death this time, now it’s all about Ukraine again! I dunno mate..” sighed the man who had just finished a long week of milking.

“All I want to do is have a sleep in tomorrow, get some jobs done around the house during the day, and watch the rugby with a beer at night. I mean, bloody hell it’s just one thing after another on the world stage – pandemic, recession, war, death… Let’s just switch off for a minute and watch the bloody rugby!”

“Just gotta identify the things that you have control over and get that part of your life in order. I’ll drive myself mental otherwise,” Carson explained, smiling hopefully.

When pressed on what will happen if the All Blacks lose on Saturday, Mr Carson advised that our reporters “best not go there”.