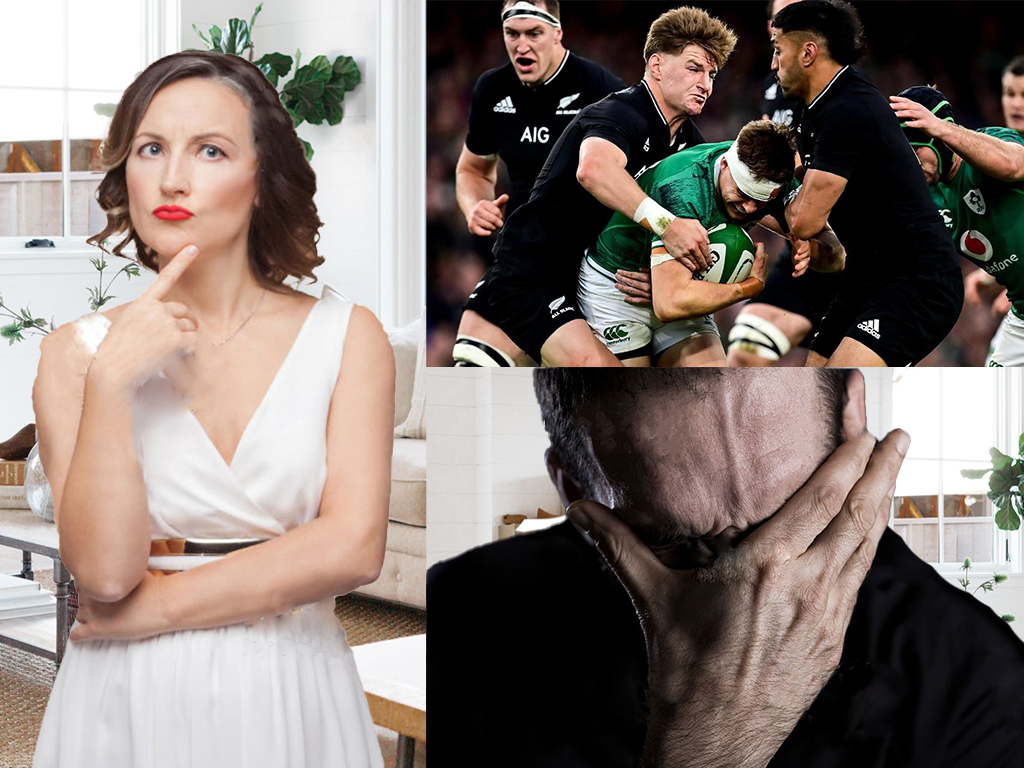 Whakataki mother of three, Vicki Matthews has embarrassed herself over the weekend by demonstrating a complete lack of knowledge about New Zealand’s national game.

Husband Daryl’s and son Michael’s heads dropped into their hands, as Vicki asked them whether Dan Carter, who hasn’t played for the All Blacks since the 2015 World Cup six years ago, had somehow been miraculously reintroduced to the squad for a Northern tour test against Ireland.

While Dan Carter is considered one of the all time greats of world rugby, Vicki Matthews allegedly knows him more for his short-lived modelling career for underwear brand, Jockey.

Daryl Matthews, 53, was in utter disbelief at the question. “It’s like she’s not even trying. I mean, if she doesn’t like rugby then fine, just leave us to it. But questions like that just demonstrate how little she cares. It’s unnecessary!

Son Michael, 14, was more annoyed than anything. “Mum can stay and watch if she wants but I wish she wouldn’t ask these stupid questions through the whole game”

Daryl chipped in “Yeah! Like ‘why did he blow the whistle just then?’, ‘why is he doing that?’, ‘what happened then?’. It’s just constant!”

“Michael and I aren’t saying she can’t watch the game with us and enjoy it. But just let us watch it! Y’know?

Vicki Matthews was completely oblivious to what she had done to offend her family. “What? He plays rugby doesn’t he? Or was it rugby league?”

The Whakataki reporter on the scene cut the interview short following the mention of rugby league, as there is only so much that a sports reporter can take.

The Whakataki Times will not be following this story any further and there will not be more to come.